What better way to cap off three days of conversations about conscious capitalism, the potential pitfalls of
Big Data, and the advent of computers developing eyes and ears, than to let all of these potent knowledge bites simmer in participants’ noggins as they take in an evening of bold fashion and infectious music hooks, served up in true Montreal style?

On Thursday night, the Arsenal’s expansive Intel Forum – C2-MTL ground zero, where the likes of
Sir Richard Branson, Philippe Starck and
Blake Mycoskie waxed poetic about commerce in an age of creativity – was transformed into a catwalk and dance floor spectacular in a matter of hours… An impressive flip that would make even the most seasoned home reno buffs green with envy.

The night got off to a dazzling start care of TWELVE-ID, a couture showcase served up as a thank you treat to all attending fashionistas, many of whom were still pondering on-stage remarks by makeup maven
Bobbi Brown and wrap dress deity DvF (or
Diane von Furstenberg, for all you fashion dilettantes).

Produced by indie fashion mag Dress To Kill, which also celebrated its fifth anniversary that night, TWELVE-ID saw 12 of Montreal’s top designers (Denis Gagnon, Marie Saint Pierre, UNTTLD, Anastasia Lomonova and by THOMAS among them) reinterpret a given piece of clothing for C2-MTL. A crop of impeccably dressed revelers huddled around the catwalk to take in the fine tailoring and cutting-edge cuts of garments making their way down the runway. A number of Specs models worked the lace, satin, fur and embroidered apparel as though their lives depended on it, and the crowd responded accordingly in oohs and aahs.
[clear]

Capturing the C2 ethos on the dance floor

Star-studded fashion quickly made way for a trio of Pitchfork-approved performances, with the haunting folk melodies of the Mile-End’s band du jour,
Half Moon Run, setting the tone for the night. The indie musicians, who’d only made their way back from a Chicago gig hours earlier, expressed “how great it feels to be home” before a capacity crowd, as they delivered a warm array of moody harmonies culled from their critically lauded debut, Dark Eyes.

The night then kicked into high gear with longstanding turtablist “whiz kid” Eric San, aka Kid Koala, taking to the stage for a wholly unhinged, musically adventurous hour of “only vinyls, no laptops,” which he’s been touring abroad under the 12 bit Blues: The Vinyl Vaudeville Tour banner. Proudly outfitted in a T-shirt emblazoned with the CBC logo, the esteemed Ninja Tune artist brought down the C2 house with his zany assortment of giant robots, burlesque dancers, cardboard gramophones, a trusty pocket sampler and quirky scratches of blues. But it’s his inclusion of a little-known, ‘60s gem, “Your heart will fall for Montreal,” that went down as the night’s unquestionable kumbaya moment, with the song’s repeated chorus, “you’ll have a ball in Montreal / but your heart will never go home” ringing true for many of those who’d gathered on the dance floor. An impressive feat onto itself, Koala even managed to slip his mom’s all-time favourite ditty, “Moon River,” into the night’s playlist seamlessly.

It was then left to Tiga, Montreal’s acclaimed electro tastemaker, to cap off the night with a first-rate selection of rhythmic throbs, thumps and tingles, taking the most dedicated dance floor enthusiasts through a late-night set of upbeat, house-attuned ripples and grittier, uncompromising quivers. The founder of techno temple Turbo Recordings – long recognized as a beatmaker with remarkable business acumen – reminded locals and out-of-towners, young and old, corporate and creative classes alike, that melding creativity with commerce can yield impressive results. Sporting his trademark baseball cap and still looking like the Tiga (or “p’tit gars,” the French-language equivalent to “young gun”) moniker fit like a glove, Tiga Sontag made it look “effortless, sexy and on-the-go,” to paraphrase fashion guru DvF. In other words: dance floor enlightenment, C2-MTL style. 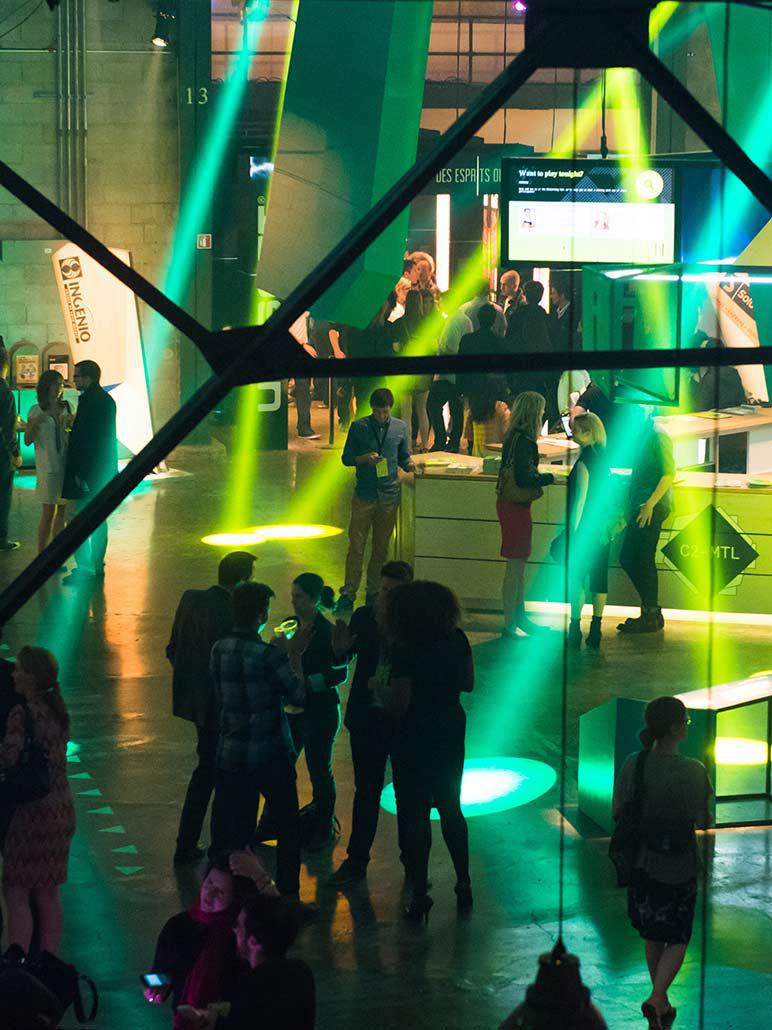