Here it is. A mere four months after the conclusion of our first edition, we are unveiling the programming for C2-MTL 2013, which will take place in Montréal from May 21st to 23rd, 2013.

Are you ready for this?

Creativity means thinking differently. In any industry, any role, any era. It means being a game-changer. Seeing an opportunity that no one else has seen. And then making it happen.

In 2013, C2-MTL will explore creativity in a wide range of industries, from automobile design and banking to architecture and retail, and the relevant changes that transform ideas into innovation, based on some of the most successful case studies from around the world.

Who better to talk about innovation than innovators themselves?

Here are the confirmed C2-MTL 2013 speakers to date:

Find out more on each of them here.

C2-MTL 2013 venue: sticking to the unexpected

This May, C2-MTL moves to the shores of the Lachine Canal, cradle of Montreal’s industrial landscape, and takes up residence in Arsenal, a breathtaking 19th century shipbuilding facility now devoted to arts and culture.

Our brand new digs will house a new C2-MTL innovation village, replete with interactive exhibits, conceptual spaces and immersive experiences. You’ve guessed it: we’re once again inviting the best in the business to draft new outlines for the business conference experience, Montreal-style.

We heard you loud and clear: “more workshops!” We are quadrupling workshop capacity, and giving you the chance to not only dig deeper into conference content in the presence of the speakers themselves, but also get hands-on experience with the creative processes used by experts in the field.

A Concierge Extraordinaire is assigned to each attendee to make sure that your conference agenda is optimized and to help you seize all potential networking opportunities. How’s that for customized customer service?

So, what do you say? Will you be one of the game-changers and industry-movers pushing the cutting-edge of creativity in business in 2013?

We sure hope so: it just wouldn’t be the same without you. 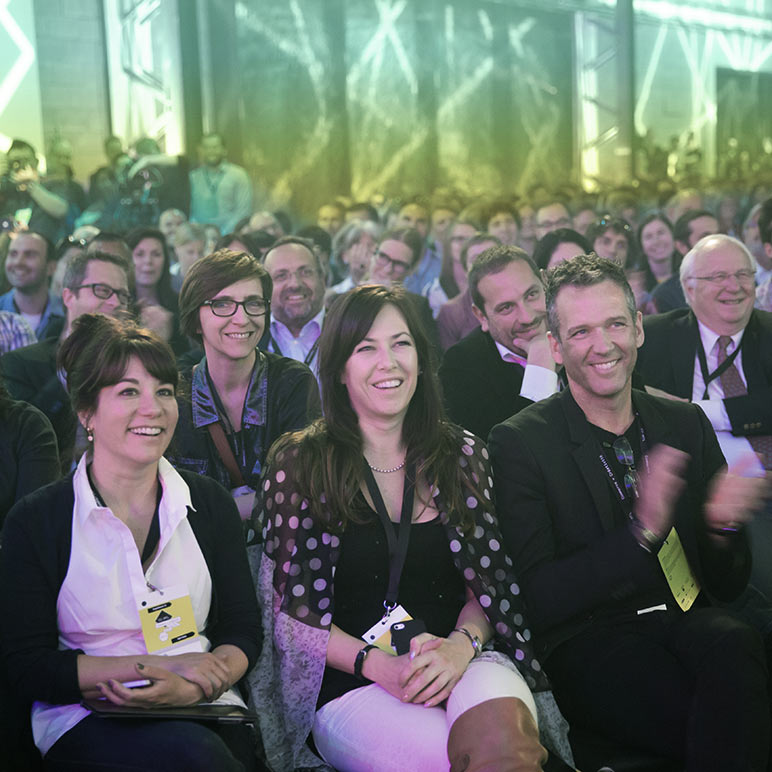