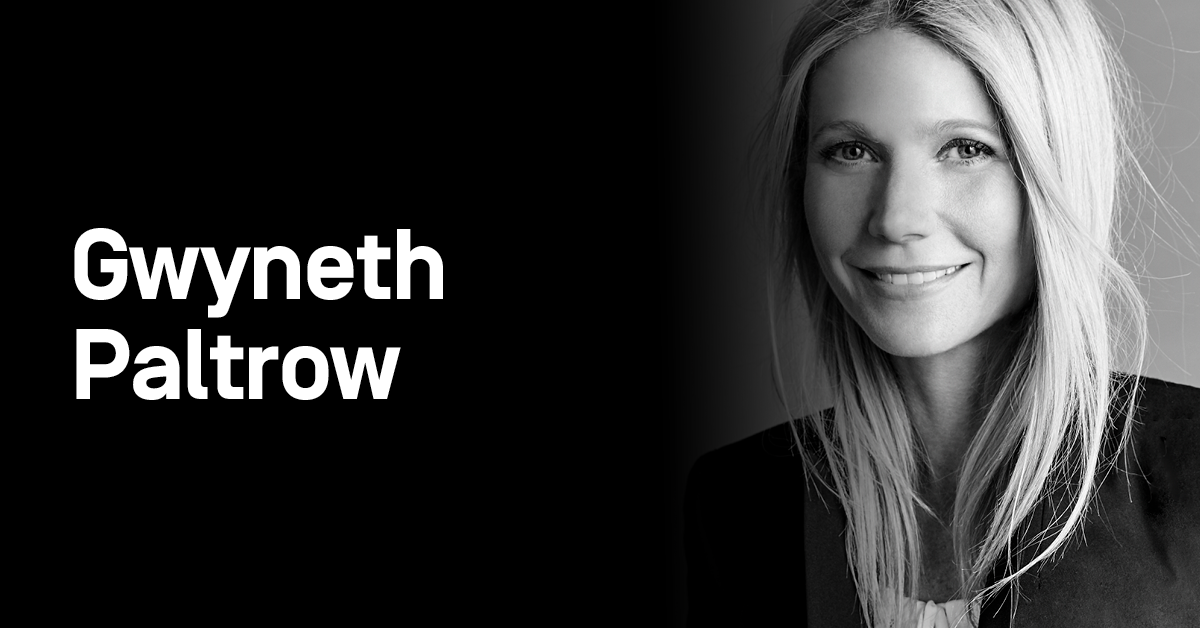 Oscar®-winning actress Gwyneth Paltrow, whose 1998 turn in SHAKESPEARE IN LOVE garnered her Best Actress honours at the Golden Globes®, Screen Actors Guild Awards® and Academy Awards®, is also a decorated author, singer and entrepreneur. In 2011, she won an Emmy® for Guest Actress in a Comedy series for playing substitute teacher Holly Holiday on Glee, and her song, “Coming Home,” from the soundtrack for COUNTRY STRONG, was nominated for an Oscar® (the album went gold). In addition, Paltrow has authored four New York Times Best Selling cookbooks: My Father’s Daughter (2011), It’s All Good (2013), It’s All Easy (2016) and The Clean Plate (2019).

In 2008, Paltrow founded goop from her kitchen table. Goop has grown into a lifestyle brand devoted to helping women make their own choices count in the various facets of their lives — from style, travel, work, food and beauty to physical, mental and spiritual wellness. Goop is curious about what it means to self-optimize, about how we can gain autonomy over our health, and how we can push uncomfortable, important questions forward without shame. In line with this mantra of making choices count, goop also makes and curates incredible products across beauty, fashion, wellness and home.

After serving as goop’s Chief Creative Officer since its inception, Paltrow assumed the CEO mantle in 2016, leading the company’s primarily female team of more than 240 to exponential growth. Paltrow also helped facilitate the #metoo movement, as she has always been comfortable pushing important conversations into the mainstream.

**This presentation will not be available for video on-demand**