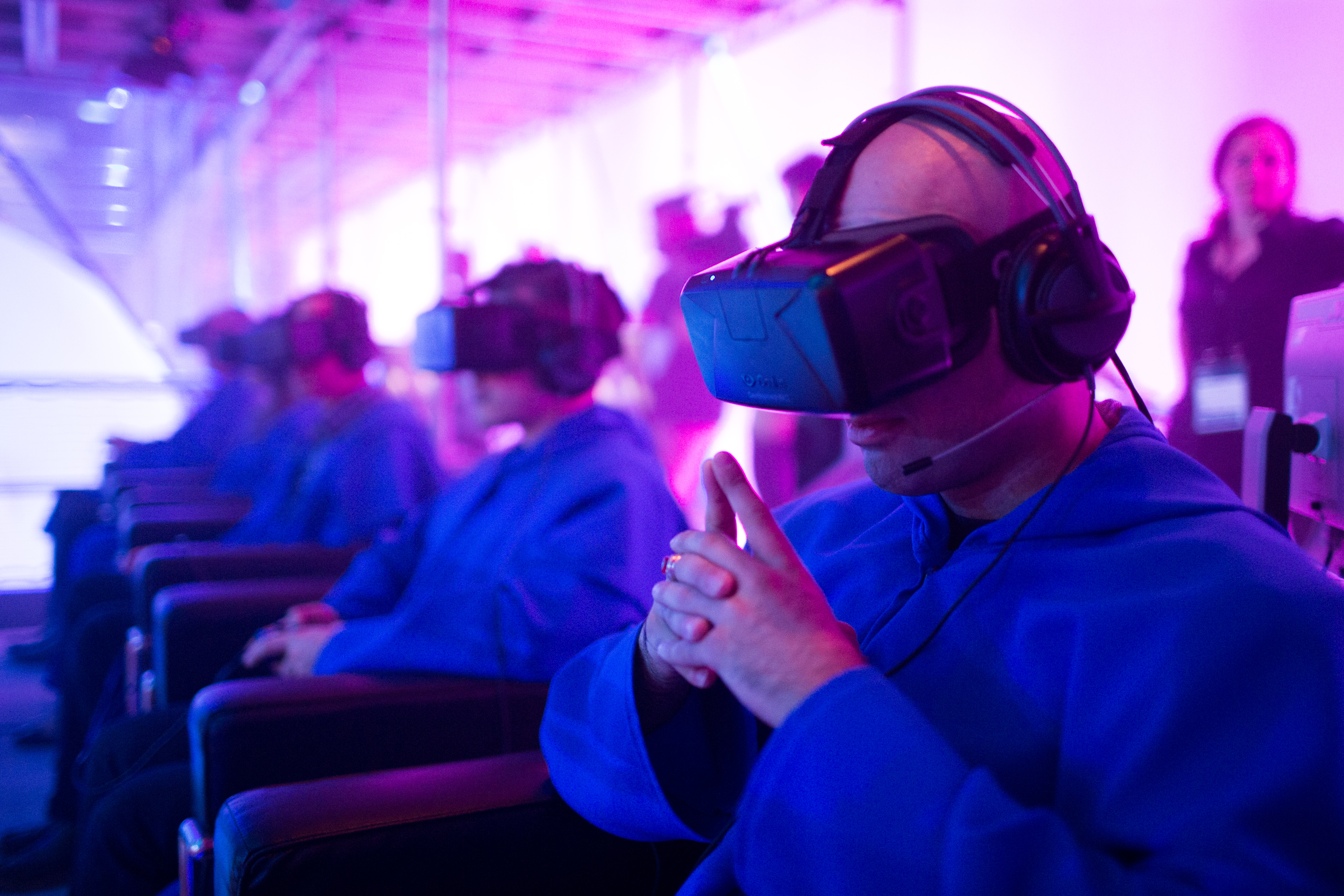 Since its debut in 2012, C2 Montréal has established itself as a sort of laboratory for innovative conference design strategies. But it is creativity done with a purpose: to bring people together with complementary interests and skills to foster networking and, ultimately, business transactions. Organizers say buzz about prior years’ conferences led to a 25 percent jump in attendance this year, with more than 5,000 people from 42 countries gathering at Montréal’s contemporary art space Arsenal in May for the event conceived by creative agency Sid Lee.

“This year the biggest achievement was to move from being a conference to being an experience. People told us, ‘I lived something,’ as opposed to just, ‘I listened,’” said Richard St. Pierre, president of C2 Montréal. “We’ve moved from the eyes to the heart. We’ve moved from the cerebral to the emotional. We built immersive experiences with the intent of forcing people to be together, forcing people to challenge their thinking. But also out of this experience they are not only friends, they are more open to actually transact.”

That concept of breaking down the barriers between participants was the driving force behind the event’s design. While the conference takes place in the same location each year, St. Pierre said everything else is created from scratch. One of the most unusual and eye-catching experiences was small group discussions that took place as attendees sat in chairs suspended 18 feet in the air above a net. “When you are physically at risk of something, your perception of who you are, the environment, the world will change. That’s what we wanted to accomplish,” St. Pierre said.

To participate, attendees had to bring an attendee they did not already know with them. For seven minutes, participants sat in the suspended chairs and discussed a series of questions presented by a moderator. In what organizers called the “Cloud of Fog,” participants stepped inside a 40-foot-diameter igloo filled with fog so they could not see one another. As a moderator in the middle lead the discussion, participants were instructed to gradually walk toward the center, so by the end they could see one another. “It completely changes your perception. It disconnects the person from the persona and highlights the influence of appearances in human interactions,” St. Pierre said. “After participating you would see those groups coming aback again to share coffee and such.”

Organizers also worked again with E-180, a Montréal company that connects attendees for meetups based on matching requests and offers of knowledge. Nearly 1,350 “brain dates” took place at this year’s conference—double the number from 2014—including some in unusual locations such as inside pods of a Ferris wheel located in the event’s outdoor village and on adjacent stationary bikes. The conference also included workshops, art installations, live performances, and more than 35 keynote speakers including Chelsea Clinton, Alec Baldwin, and Andre Agassi. 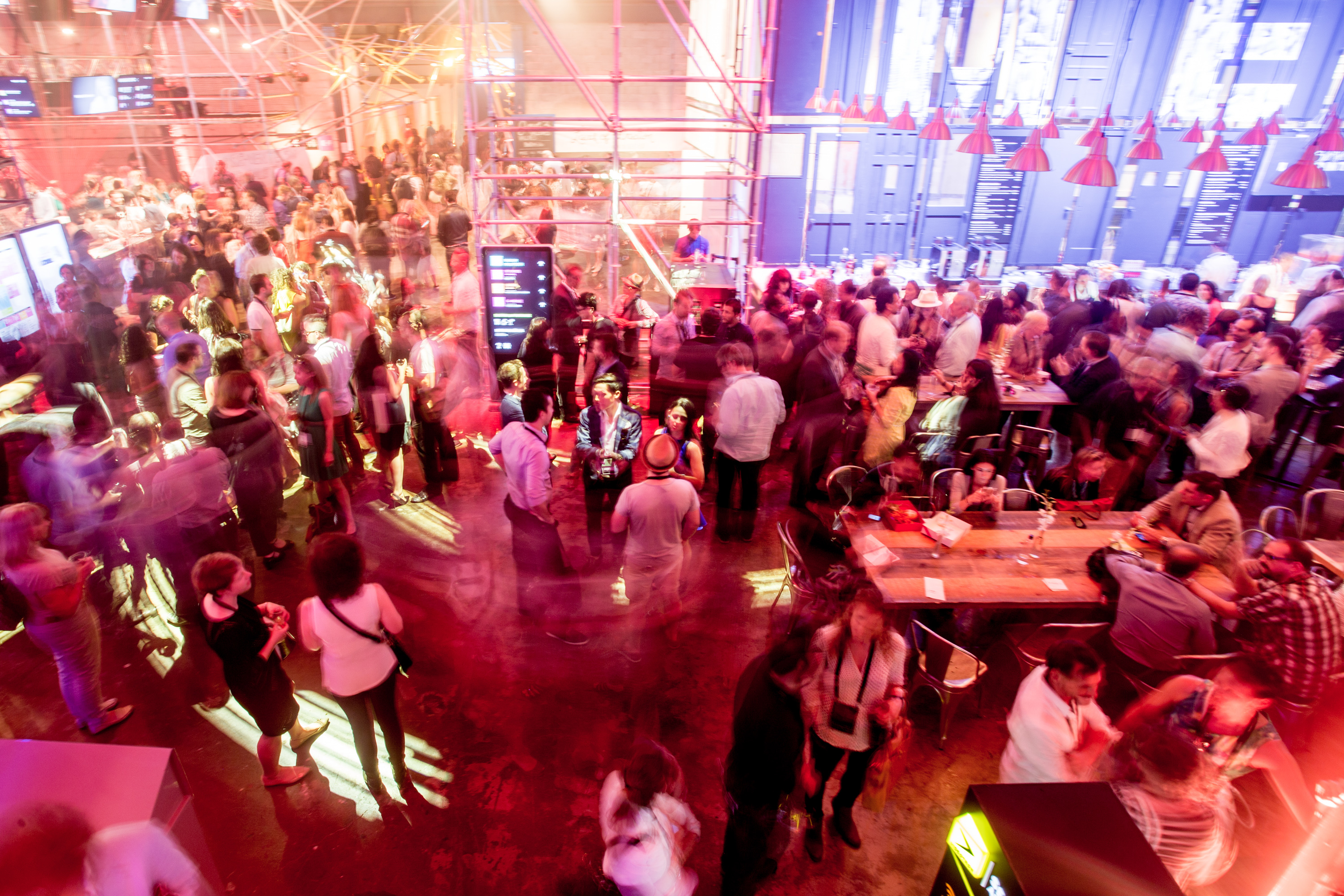 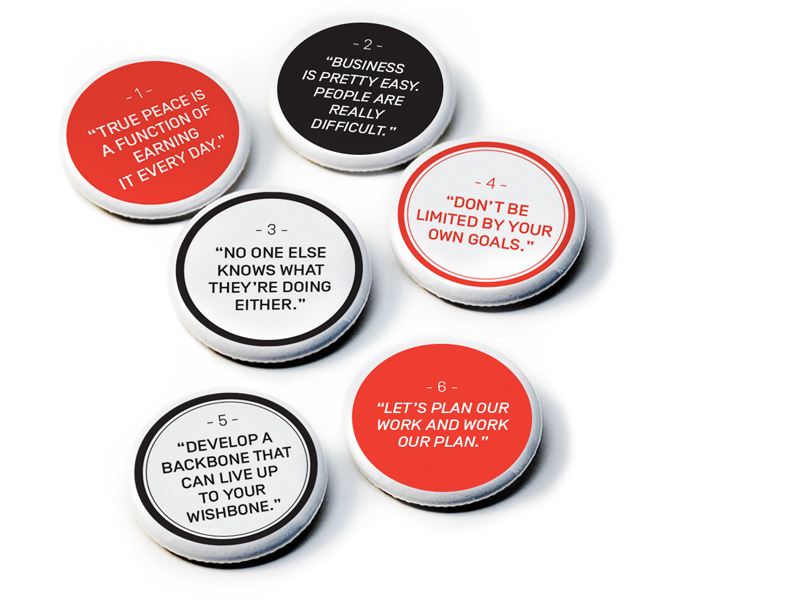