Music in the key of C2 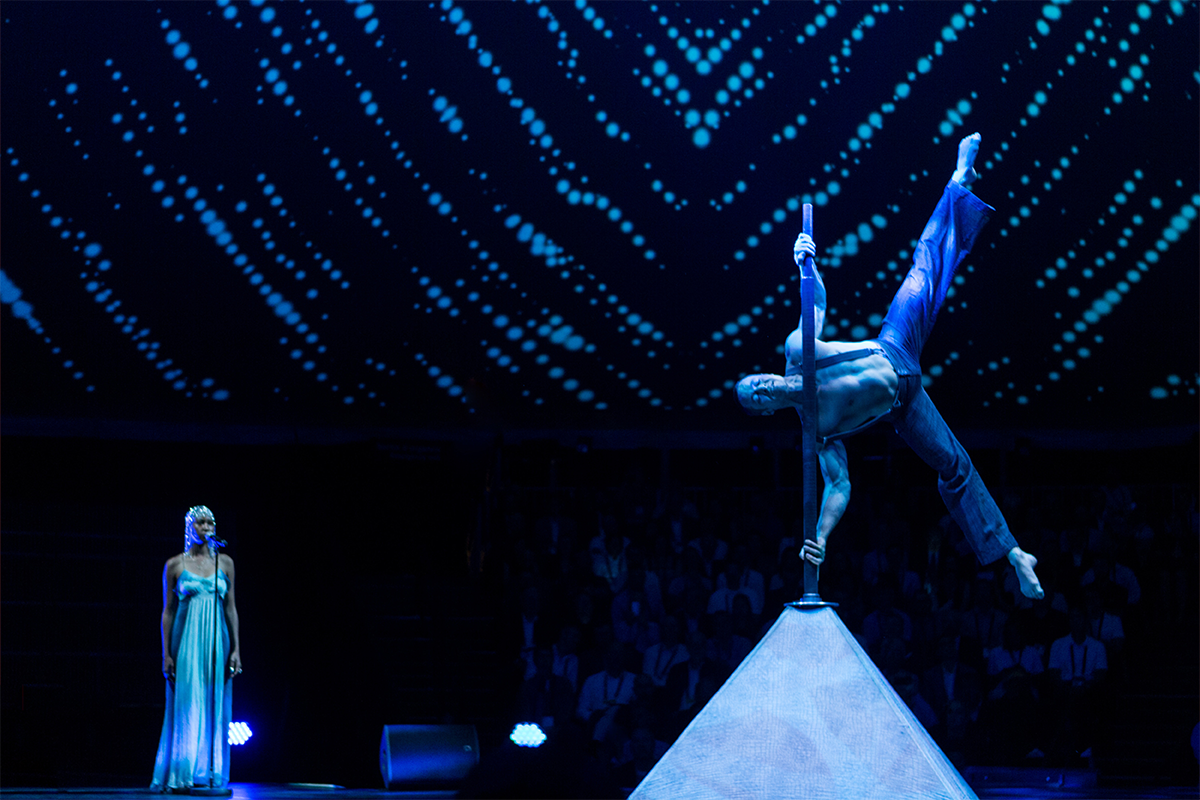 If music is indeed the shorthand of emotion, then we’ll be writing up a storm of positive vibes, chill feelings and dance floor passion over the course of three days and nights at C2 Montréal 2018.

Taking place all over C2 village at Arsenal – in the Agora, the Plaza, the Hangar and elsewhere – live music and DJ sets from a stylistically wide-ranging roster of top-tier international and Montreal artists will move both body and soul. Highlights include DJ sets courtesy of DJ Snoopadelic (a.k.a., entertainment icon, and C2 2018 speaker, Snoop Dogg), Coeur de Pirate + DJ Thomas H (the platinum-selling pop star teams up with the sought-after Montreal DJ) and BAMBII (one of Canada’s most compelling new club DJs).

And it all begins with an immersive bang…

Cirque du Soleil’s C:LAB will get the musical ball bouncing when they officially open C2 Montréal 2018 in the 360 Big Top. This recent research project from C:LAB – the Creative Laboratory of Cirque du Soleil – is a collaboration with artist Adam Hummell. It explores the integration of lasers in a precise dialogue with projections and music with an acrobatic performance at its core. With geometry as a starting point, the study focused on creating simple shapes and harmonious connections. The result is a hybrid performance where light sources are used as a digital interpretation of emotion; an exploration on ephemeral architecture in motion.

Performance by Lexis (Music Is My Sanctuary)

Lexis (aka Alexis Charpentier) is an music curator and entrepreneur, DJ and TED speaker. He is the founder of the Music Is My Sanctuary website and collective and the creator of “24 Hours Of Vinyl”, a travelling music event centerd around the DJ and record collector community. Based in the creative hotbed of Montreal, Canada, he also works as a music programmer at the Phi Centre, has regular club nights in his home city and tours worldwide as a DJ and speaker.

A Montreal tango group that ranks among the most deeply rooted in the Argentinian tradition, Radiotango’s mesmerizing music will take you from the “epoca de oro” of the 1930s-’50s to master Astor Piazzolla.

Dive into an eclectic universe with Gadji-Gadjo’s festive, cinematic melodies inspired by the klezmer music of Eastern Europe’s Balkan region.

Music sessions with Shtreiml in duet

Named after the furry hat worn by some Hasidim, Montreal’s Shtreiml has been delivering high-octane, not-so-traditional Eastern European Jewish music to the masses since 2002. Eastern Hora is an enchanting and ornate collection of original music rooted in both the Eastern European Jewish and Ottoman traditions. Brimming with roots-rock sensibilities, it’s decidedly music from the streets of Montreal, but the group’s deft arrangements and dextrous improvisations will leave you with images of the Bosphorus at sunset.

Radiant Baby brings back ’80s flambloyance, re-actualizing new wave with playful synth-pop melodies. He creates a powerful atmosphere of inclusivity and celebration with his love-infused music.

Let this sextet’s warm tones and explosive rhythms take you on a journey through traditional New Orleans–style jazz.

This accordian virtuoso will transport you to the four corners of the world with his jazz- and klezmer-influenced music.

Each year, the highly anticipated Illumination Night party serves as the official C2 closing night mega-celebration and the unofficial kick-off to summer in Montreal. On Friday night, we’ll be tying a bow around the seventh edition of C2 Montréal with an unforgettable evening of live performances and DJ sets taking place throughout the C2 village at Arsenal.

Live music grooves in the Agora

For the many who have already been introduced to Gabrielle Shonk via Habit – her arresting first single – the immediate impression is of a polished and powerful new voice arriving fully formed. Indeed, Gabrielle has been singing since anyone can remember and started writing her own songs as a teenager, Aretha Franklin and Marvin Gaye providing soulful guidance; Joni Mitchell, Bob Dylan and Tracy Chapman teaching subject matter; The Beatles impressing melody. However, writing her own material brought her into sync with her muse – a heady blend of soul-infused folk where melody shines atop a lively groove.

Geoffroy’s most recent works see his familiar folk background give way to a more down tempo, electronica- and trip-hop-inspired sound, following in the path of artists such as Chet Faker, SOHN and Sylvan Esso.

Decidedly jazz with a masterful integration of African, rock and hip-hop influences, the Hichem Khalfa Quartet (trumpet, keyboards, bass and drums) first came to attention in 2016 following their first appearance at the Montreal International Jazz Festival. Later that year, they were given the Jury Award at the Rimouski Jazz Festival, and then a month after that, the François-Marcaurelle Award at the Montreal OFF Jazz Festival. Theirs is a delightful blend of music that speaks to novice and expert ears alike.

Anomalie is a live electronic project produced by Nicolas Dupuis, a classically trained and highly versatile keyboardist and producer based in Montreal. Music has been in Nicolas’ blood since childhood and he has dedicated more than 17 years to studying classical and jazz piano. A four-piece band will bring his productions to life onstage with energy-driven arrangements and original interpretations of his music.

Bumpin’ beats outside on the Plaza

Hailing from NYC and currently based out of Toronto, TAMIKA has been making waves in the Canadian club scene for the last several years. Her style is best described as “hood eclectic,” blending sounds from all her musical influences. Whether it be hip-hop, dancehall, soca, Jersey club, Afrobeat, ballroom vogue, TAMIKA weaves it seamlessly together in her mixes. Once you’re on her dance floor, TAMIKA promises to make you sweat.

No, we’re not talking about some cheap motel chain where you pay your room by the hour. Qualité Motel is the 100% electronic-based side project of members from popular Montreal band Valaire. On the menu: drum machine and synthesizers from the good old days blended together to remind you that your body can move in unsuspected ways.

Bonbon Kojak is the perfect – and almost true – story of a musical adventure that began in Congo, where he was born. After a childhood rocking to the rhythm of Congolese music, it’s through his travels that Bonbon Kojak really begins his musical apprenticeship. His journey takes him to Johannesburg, Kiev and eventually Montreal, all places where he develops and refines his interest in music. It’s through the popular Moonshine underground happenings that he came to be known for his ability to juggle Afro-electronic sounds.

Afro-Canadian singer/songwriter Pierre Kwenders’ music is a response to a world that so often asks people who fit comfortably in multiple boxes to pick only one. While Pierre’s music ranges from icy R&B to futuristic hip-hop, his style is rooted in Congolese rumba, the ubiquitous sound of The Democratic Republic of Congo. With his new full-length album, MAKANDA at The End of Space, the Beginning of Time, Pierre looks to build on the success of his debut. Produced entirely by Seattle-based Fly Guy Dai (a.k.a. Tendai Maraire of Shabazz Palaces), this new album pivots from Bantou’s housey thump to something more instrumental, incorporating strong African influences and old-school West Coast hip-hop vibes.

Kirsten Azan, otherwise known as BAMBII, is one of Canada’s most promising new DJs. Whether online or on the dance floor, her political and musical vernacular gives credence to dance music’s ever-expanding reach, underlining its ability to build relationships between individuals, cultures and spaces. As proof, the last year has taken her across North America and across Europe as a solo act as well as supporting some of the world’s most relevant artists, Mykki Blanco, Kelela and MikeQ, just to name a few. This summer, she will add Asia to her growing list of tour destinations to promote her debut, solo EP. Back home, her event series “JERK” is still hitting capacity while staying true to its roots.

Snoop Dogg is an American rapper and actor from Long Beach, California. His music career began in 1992 when he was discovered by Dr. Dre of N.W.A and, as a result, was prominently featured throughout Dr. Dre’s solo debut album, The Chronic (1992). He has since sold over 21 million albums in the United States and 35 million albums worldwide, and will also be speaking in the 360 Big Top at C2 Montréal this year.

Thomas H. entered the music scene in Montreal in 1999, a city famous for its nightlife. His uncanny ability to read a crowd soon made him one of the city’s most sought-after DJs.

And it’s not too late to get in on the action – buy your pass now. 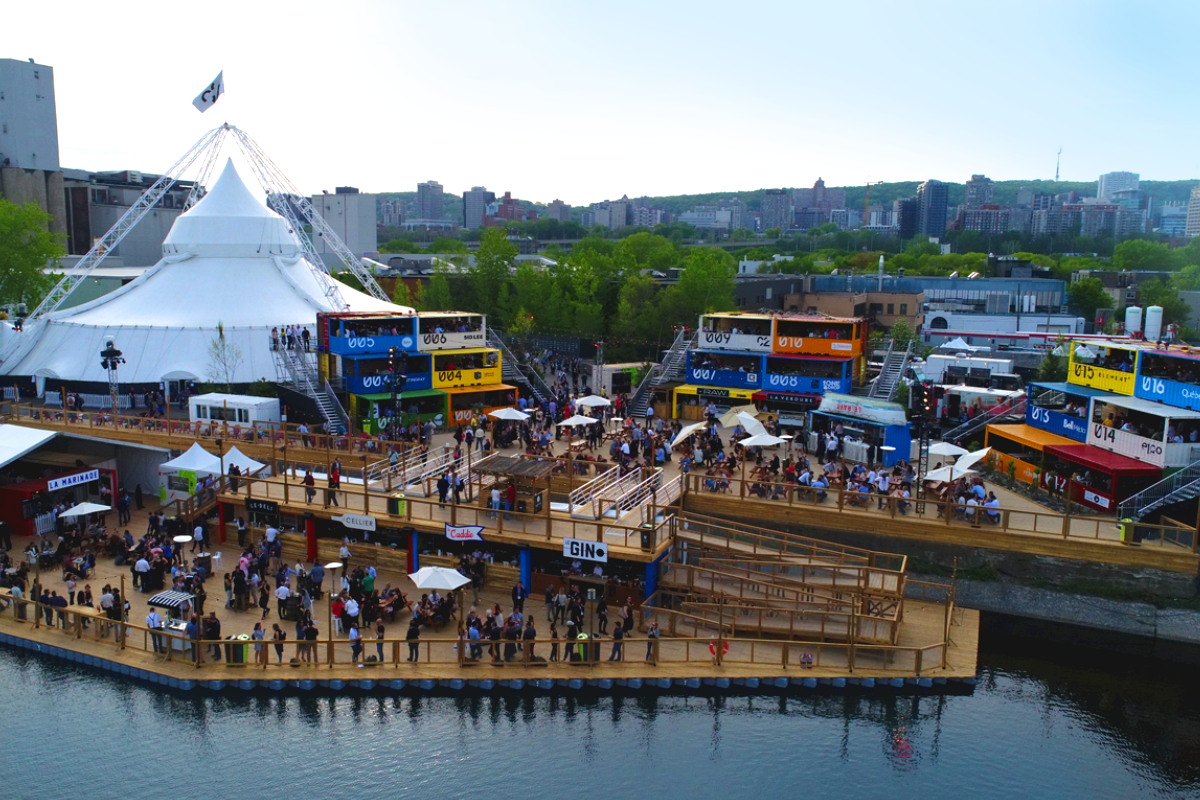 A crafty robot, a secret mu... 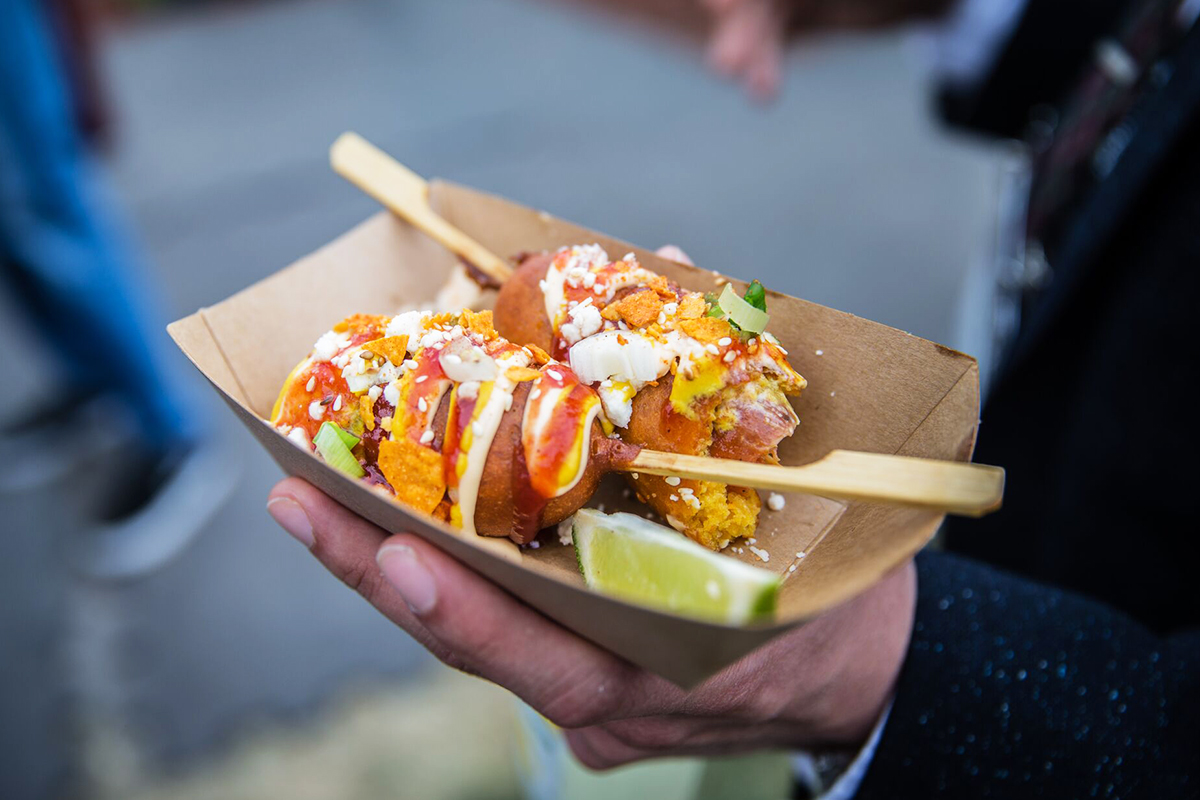 Indulge in C2 Montréal’s on...