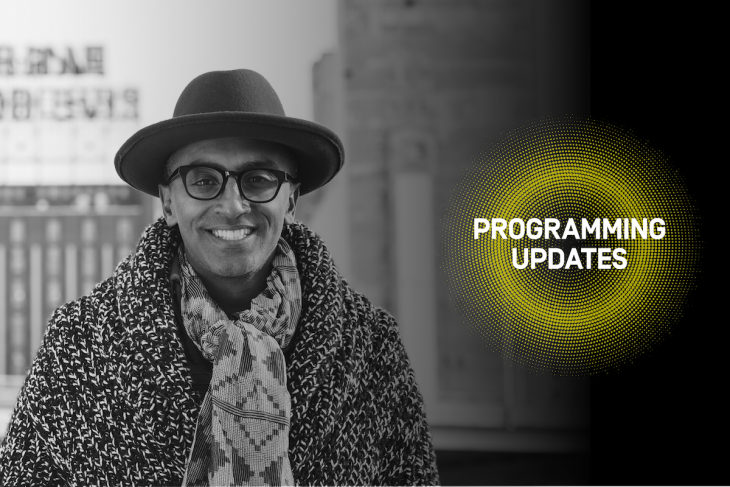 Top chef Marcus Samuelsson discovered early on that, no matter where he lived, food had an incredible power. That when it comes to bridging gaps between peoples and cultures, food is one of the most potent catalysts for creating understanding and openness to a diversity of ideas.

Marcus’s incredible personal journey has taken him from Ethiopia to Sweden to Harlem, with stops in Europe, Japan and Midtown Manhattan along the way. In the process, he has earned phenomenal recognition and success as an award-winning chef and restaurateur, best-selling author, in-demand TV personality and noted philanthropist.

C2 Montréal (May 22-24) is proud to welcome Marcus to our stage where he will present a masterclass sharing his insights into how we can place value on food’s ability to build bridges, and how diversity is a recipe for success no matter your business.

Marcus’s journey: It began on foot

In his 2012 memoir, Yes, Chef, Marcus describes the place of his birth as “five miles from the middle of nowhere.” That place was Abrugandana, an Ethiopian village so small it doesn’t exist on most maps. He’s come a long way since then.

Marcus’s journey to the top of the culinary world began on foot, with his mother carrying him and his sister 75 miles to the nearest hospital in the capital of Addis Ababa. All three were stricken with tuberculosis, and although his mother was able to save her children, she didn’t survive. Subsequently, Marcus and his sister were adopted by a couple from Gothenburg, Sweden. It was there, at his adoptive grandmother’s side, that Marcus developed his lifelong love of food and built the foundation of his future work as a chef.

In his teens, after graduating from the Gothenburg Culinary Institute, Marcus worked his way through Europe and Japan, apprenticing for low or no wages at some of the best restaurants in the world. However, although he learned a great deal, Europe in the early 1990s presented systemic obstacles for someone like him, a kind of glass ceiling for immigrants and refugees that prevented him from creating or owning his own businesses. Ultimately, he decided to move to America to pursue his dreams. It was a choice well made.

New York was where Marcus truly came into his own, taking a position at Aquavit in 1994. Aquavit was and remains one of the most exclusive white-tablecloth establishments in Manhattan, and through his skill, passion and perseverance he rose to the role of executive chef. At age 23, he became the youngest chef ever to earn three stars from The New York Times.

The winner of two James Beard Awards (a.k.a. the Oscars of the food world) and countless other accolades, he was catapulted into the world of chef superstardom. But with so many accomplishments under his belt before he had even turned 30, Marcus began to wonder what would come next. The attacks of 9/11 helped nudge him forward on his journey.

A recipe for community

The terrorist attacks brought on what he describes as an existential crisis. It spurred him to question what he truly wanted in life. Life is short.

Marcus had always wanted to open his own restaurant, and Harlem seemed the perfect fit. The neighbourhood had a rich history from which to draw inspiration, and was a shining example of the incredible diversity that New York had to offer. He wanted his new restaurant to reflect the community in which it was rooted, and so in late 2010, after years of research and experimentation, Red Rooster was born.

And in Harlem, restaurants are never just restaurants. As he explained in a Vanity Fair article, they “could be great food after church; they could be what I call the ‘sometimes restaurants’ — guys on the corner, shucking oysters… Good restaurants are something more in Harlem: they are communities.” It was this sense of community that he was intent on recreating and celebrating. And to almost no one’s surprise, he found tremendous success again.

Red Rooster received rave reviews, and not just for the food. As The New York Times described it: “The racial and ethnic variety in the vast bar and loft-like dining room are virtually unrivaled… It is that rarest of cultural enterprises, one that supports not just the idea or promise of diversity, but diversity itself.”

Marcus’s focus on diversity was not the only reason he hired a majority of his staff from the neighbourhood, or why he left 30% of his tables open for local walk-ins. Diversity was itself a driver of the restaurant’s success. The purpose of the restaurant was never solely about profit — it was designed to inspire and build bridges to other cultures.

Creativity as a key ingredient

Since then, Marcus has done nothing but grow, co-founding the Marcus Samuelsson Group, which now has restaurants spanning the U.S., Bermuda, Scandinavia and London. And this June, he will open a restaurant (aptly titled “MARCUS”) in the brand new Four Seasons hotel in downtown Montreal.

One of Samuelsson’s other recent projects is his TV show, No Passport Required, which spotlights other immigrant experiences across the United States. He uses the platform to celebrate the wide range of traditions and cuisine woven into American food and culture.

Although the show wasn’t conceived of as a response to the current political zeitgeist in America, its spirit is almost tailor-made for the current moment. In a world beset by economic, environmental and political challenges, the solutions that are going to succeed will be the most creative. It’s a mindset that Marcus applies broadly to all that he does.

“Food, art, music, writing, and fashion all play a part in the creative process, which is what makes it so fun and dynamic,” Marcus says. “How those elements and experiences come together is where the magic happens and where creativity lives.”

And even more just-announced speakers

Marcus is part of the latest wave of bold thinkers and risk takers to join the growing C2 2019 speaker roster, including a global business creative, an AI explorer, a medical cannabis exec, a spearfisher (you read that correctly), an international trade maker, a particle physicist, a sustainability strategist, a digital-business builder, a record label luminary and a stargazing storyteller, to name but a few of the new faces. Meet them all here.

And don’t miss out on your chance to take a masterclass with Marcus — get your passes to C2 Montréal 2019. 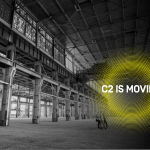 C2 reinvents itself with dy... 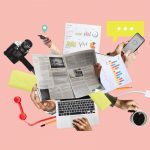