5 things you may not know about Vimeo CEO Anjali Sud (but should!) 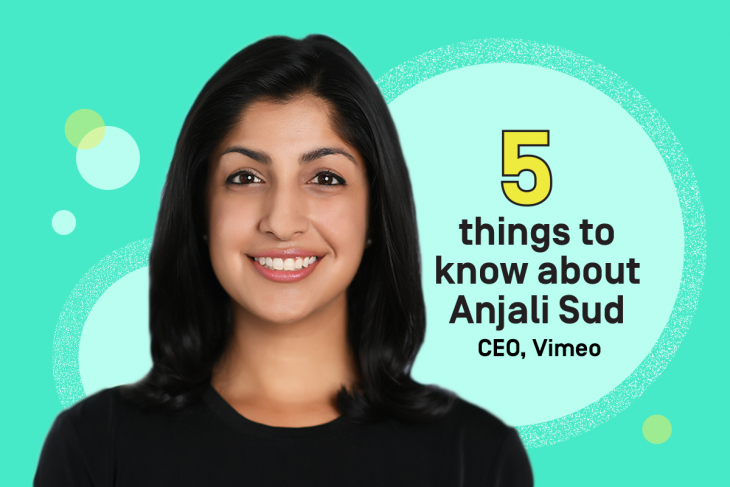 When it comes to ascendant business stars, Vimeo CEO Anjali Sud is a brightly shining example of what leadership looks like in action.

Named to Fortune’s “40 under 40,” Adweek’s “Power List” and The Hollywood Reporter’s “Next Gen Under 35,” Anjali’s remarkable nonlinear career path took her to the top of one of the world’s biggest video-streaming platforms, where she orchestrated a profound organizational pivot. Now, at a time of global crisis, when both individuals and businesses are being compelled to make major shifts and directional changes, Anjali’s experience at the helm of Vimeo has never been more relevant.

In advance of Anjali’s participation in the next instalment of the online C2 CONVERSATIONS – LIVE series, June 17, where she will discuss “Leadership lessons for nonlinear times,” here are…

Anjali’s artistic inclinations emerged when she was young: she had aspirations to become a playwright. The eldest of three siblings, she would stage basement plays with her brother and sister for their parents. “I was really shy as a kid,” she told Yahoo Finance. “Acting, dancing and singing were a really nice outlet for me.”

The ability to push herself out of her comfort zone came naturally (with some help from dad). At 13, Anjali and her father were walking through a bookstore in their hometown of Flint, Michigan when they spotted a book called The Best High Schools in America. In what she called an “experiment,” she began applying to high schools across the U.S. That experiment bore fruit when she was accepted at the prestigious Phillips Academy Andover, which she left home to attend at age 14. (Anjali would then go on to graduate from the University of Pennsylvania’s famed Wharton School and Harvard Business School.)

She learned the value of failing — and of pivoting one’s career path — early. While in business school, Anjali had her heart set on getting a job in investment banking. She applied for dozens of positions at all the big investment banks and was rejected by every single one. “I remember leaving one of the interviews, and they told me that they didn’t think I had the personality to be a banker,” she told CNN.com. “That definitely was a low point.”

Anjali is not one to wait around. In 2017, at only 34 years old, she was named CEO of Vimeo, the world’s largest online ad-free video platform. In her first 90 days on the job, she led Vimeo’s transition from a primarily entertainment platform to a software-as-a-service business for content creators. The company pulled in nearly $200 million in revenue in 2019.

And she knows that, especially now, it’s important to lead with mission and be prepared to make adjustments. Though normally based in New York City, during the pandemic she’s been back home in Michigan with her parents where she’s been caring for her two-year-old son and leading Vimeo’s 600-plus employees remotely. “I can no longer operate at 100 percent capacity like I’m used to as a CEO, as a mother, as a wife, as a daughter, as a colleague,” she told The New York Times. “I think what I’m learning is that every day, I have to pick the things to let go, and I have to know I’m going to drop some balls, and that’s okay.”

Take the opportunity to hear from one of the business world’s rising stars when Anjali Sud joins C2 CONVERSATIONS – LIVE, June 17, at 11 am (EDT). 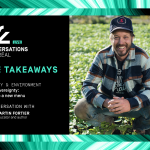 Agriculture in a pandemic: ... 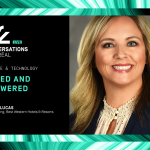 Putting heads in beds: How ...