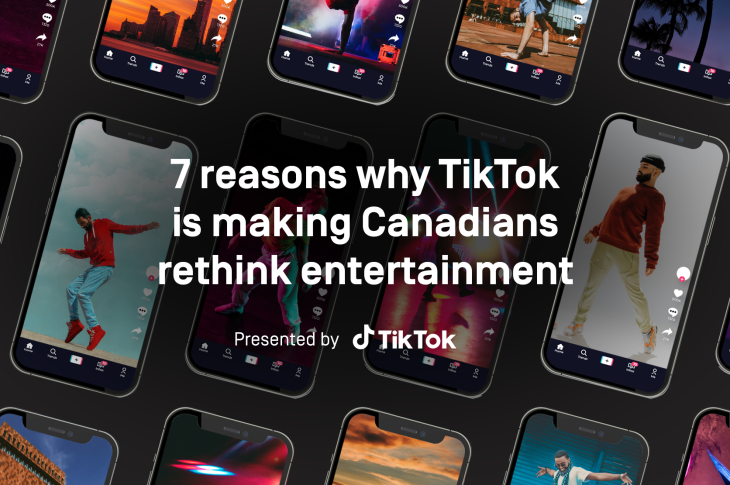 As life returns to a semblance of pre-pandemic normalcy, Canadians are reflecting on which lockdown routines and discoveries they’d like to hold on to and which they’d rather leave behind.

Sitting firmly in the “keep” column are the moments of joy Canadians are finding daily on TikTok. With over 1 billion monthly users from around the world, a multigenerational community and the viral power to drive global trends, commerce and even entire showbiz careers, culture truly does now move at the speed of TikTok.

While Canadians are now spending less time on streaming services like Netflix than they did during quarantine, TikTok usage has not only remained consistent, it’s growing.

Here are 7 reasons why TikTok is making Canadians rethink entertainment

Opening the app, users are immediately greeted by a bespoke experience that engages both the eyes and ears. According to Connie Chan, Creative Strategist at TikTok, “sound is the anti-scroll for TikTok because sound-on TikTok draws people in and invites them to fully engage.”

A buffet of bite-sized entertainment

Whether a TikTok is set to the latest viral beat or narrated by an AI, it’s always presented in a perfectly bite-sized chunk followed by a smorgasboard of similarly snacky content. This contributes to TikTok’s “lean-back experience where people are just being continuously entertained,” says Erinn Piller, TikTok Canada’s Head of Business Marketing.

You can do you

While TikToks can range from informative to dramatic, they are above all authentic. TikTok “is a platform that encourages people to be their authentic self,” said Daniel Habashi, General Manager, TikTok Canada, Middle East, Africa and South Asia, noting that “compared to other platforms online that might be a highlight reel… it’s a place where you are without question encouraged to be yourself.”

Finding your niche is easy

Habashi points out that TikTok “transcends generations. We have… grandparents, teens and everything in between… from dentists, teachers, plumbers, public figures, athletes.”

TikTok’s ability to quickly find out what you like makes finding your niche easy. Take #BookTok, a popular hashtag with over 27 billion views where people trade book recommendations with each other.

​​​#TikTokMadeMeBuyIt has over 6.5 billion views.

With the motto “everyone is creative,” TikTok celebrates users piggybacking on each other’s content by regularly introducing features that allow them to repost trends or do split-screen duets. This ability “is definitely an element that adds so much important dialogue… It’s absolutely one of our best tools for ensuring cross collaboration,” said Piller, adding that TikTok is “not about seeing only celebrities on this platform and following them… this is truly an entertainment platform that is driven by the community.”

A window into a rainbow of communities

TikTok is host to users representing a spectrum of racial, sexual and gender diversity. A quick search using the hashtags #BlackTok, #BIPOC or #QueerTok renders a wellspring of content produced by these communities.

One community that surged during the pandemic is #IndigenousTikTok. Comprised of Indigenous people from around the world, it has not only resonated globally but also gained steam at a time when Canadians in particular are grappling with our own history of colonialism and genocide, missing and murdered Indigenous women and girls, and the residential school system.

Kendra Jessie, a Cree and Ukrainian influencer from Sucker Creek First Nation in traditional Treaty 8 Territory in Northern Alberta, spoke at C2 Montréal 2021 about TikTok’s appeal. “I really love it,” she said, “because we all come from our own nations and communities but then we have that greater online community… it’s really cool to see everyone sharing their culture and just really supporting and uplifting each other.”

On balancing entertainment with education on TikTok, Jessie said, “One [TikTok] that I recently did was for missing and murdered Indigenous women and girls. [It’s] a video of me dancing in my red regalia and I had some text over just educating about May 5 [Red Dress Day] and what it means.”

About TikTok’s emphasis on cross-collaboration Jessie said, “What I try to do to trends is just Indigenize it [by adding an] Indigenous touch to it, whether [it’s] our culture, our art, or our jokes, or humour, or food or language because people are used to seeing that trend, and then when they see the Indigenized version they’re like, ‘Oh, that’s so cool.’”

The global stage awaits, no matter where you’re from

Regional examples of shots hitting their mark abound on TikTok. Montreal-based musician Lubalin’s songs dramatizing heated discussions between boomers online have garnered him 3.4 million followers and an appearance on The Tonight Show Starring Jimmy Fallon. Regina-based, Indian-Canadian artist Tesher’s song Jalebi Baby earned him over 7 billion streams, a remix with R&B artist Jason Derulo and deals with Sony and Capitol Records. Vancouver-based singer Jessia recorded an a cappella version of her track I’m not pretty in her car using the steering wheel as a drum. It received over 1 million views in one day and also earned her a recording contract. 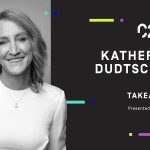 Step into your truth to be ... 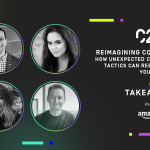