Today we are witness to the highest levels of human displacement on record. According to the United Nations, 65 million people have been forcibly displaced worldwide, 22.5 million of them are refugees, and half of them are under 18 years old.

In honour of International Migrants Day on Dec. 18, we’re digging into the largest humanitarian crisis of our time with a special episode of the C2 Podcast.

In it, we ask: How might businesses respond to the refugee crisis?

It’s become a problem that’s more complex and far too big for governments, not-for-profits and NGOs to handle on their own. And simply throwing money at the issue won’t solve it – it’s going to take a lot of creative strategy and coordinated effort.

On this episode, you’ll hear DYNAMIC/MTL’s Alex Nemeroff host a panel of guests that include Frank Giustra, the founder and president of The Radcliffe Foundation, Mike Zuckerman, formerly with the Institute for the Future, Barbara Schack, Director Development of Libraries without Borders and Kirpatrick Day of the Ascend initiative. 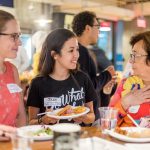 What businesses can do to a... 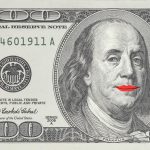 Why investing in women will...