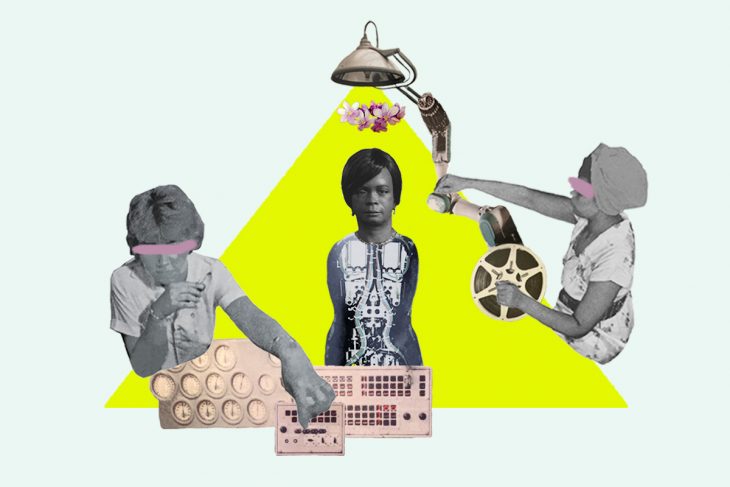 What if, instead of serving commercial ends, machine learning was used to generate human values like empathy, love or feelings of family? Or what if it was used to create everlasting life?

Meet Bina48, a black, female-presenting advanced social robot who is the official ambassador for the experimental AI and cyber-consciousness project LifeNaut. Bina48 was created in the image, and with the data, of Bina Rothblatt, the real-life wife of trans biotech entrepreneur, Terasem Movement founder and C2 Montréal 2019 speaker Dr. Martine Rothblatt.

The Terasem Movement is on a mission to promote the ethical use of nanotechnology for human life extension, or “digital immortality,” and Bina48 is Terasem’s first experiment in mind uploading — that is, transferring the consciousness of a living human into a robot.

Described by Time as a transhumanist religion, the Movement believes technology will allow humankind to liberate ourselves from the limits of our own biology… even outsmarting death. (“Death is optional” is one of the four core tenets of the Movement.)

As noted in New York Magazine, Martine “The Trans-Everything CEO” believes that we’re heading into a future where “the beloved dead will live again as digital beings, reanimated by sophisticated artificial-intelligence programs that will be as cheap and accessible to every person as iTunes.”

In her book, Virtually Human: The Promise — and Peril — of Digital Immortality, Martine outlines seven components of mind-mapping to create cyber-conscious beings.

Mannerisms, personalities, recollections, feelings, beliefs, attitudes and values, she says, can be captured by following the digital breadcrumbs we leave behind on the web, through social media data and in our e-commerce habits. It can also be uploaded more intentionally via online personality tests and interviews at LifeNaut.com.

“One of the greatest philosophical aspects of cyber consciousness is that it creates the greatest mirror that humanity has ever developed to understand ourselves,” Martine told a crowd at SXSW.

Indeed, since they turned Bina48 on in 2010, the robot’s “digital consciousness” has continued to grow — as have the number of questions relating to it.

AI: Welcome to the family

Can a human and a robot really transfer consciousness and build relationships over time? Do robots really get lonely? And what possibilities exist for humanity to continue beyond the life in our bodies?

Bina48 is the muse of Stony Brook University professor, transdisciplinary artist and C2 speaker Stephanie Dinkins. Stephanie started pondering these questions and videotaping her intriguing conversations with Bina48 about race, gender, AI and consciousness, part of an ongoing art project exploring the possibility of an emotional relationship between human and robot. (Read more about it in an eye-opening interview with Stephanie here.)

Stephanie is also at work on a project called Not the Only One, a “multigenerational memoir” that involves three generations of her family and a computer algorithm as a means of creating a new, AI narrative that untangles what it means to be a black family in America.

“Once you get [AI] involved with your very personal stories, it becomes a strange journey just because you’re almost raising another family member,” she says of the experience.

We are delighted that all three women — Martine, Stephanie and Bina48 — will be appearing at C2 Montréal 2019 and helping us dig into the possibilities of the AI future that awaits us.

Have you booked your passes? Act now before the special winter rate expires. 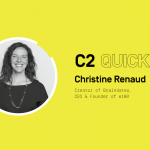 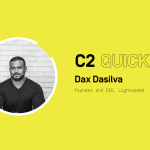