Why invest in diversity: Truth bombs from a badass VC 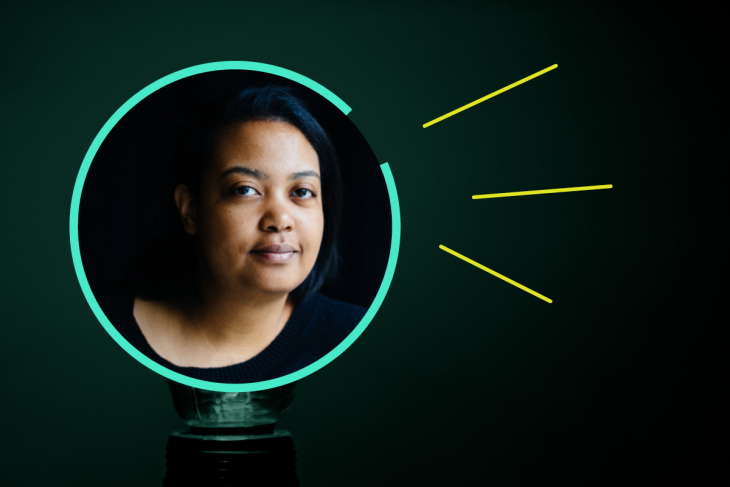 Arlan Hamilton is a self-taught venture capitalist and VC disruptor who went from being homeless and living on food stamps to writing million-dollar cheques and remaking the rules of the investment game.

After a stint in the music business, the founder of Backstage Capital put her career on hold to pursue something she believed in: investing in tech. Or rather, investing in the untapped potential in tech: minorities with badass ideas.

Here are some of the truth bombs that Arlan Hamilton dropped at C2 Montréal 2018.

On learning to learn for free

“[When I was homeless], I had very few luxuries, but the luxury I did have was access to the internet and the ability to read. I listened to podcasts, I watched every video, I went to read in bookstores and libraries… If there’s any subject that you’re passionate about, you can learn about it. There wasn’t any other way I could learn without money.”

On asking other people what they think

“I’ve stopped asking for opinions because when you ask 10 people for their opinion, you’re going to get 11 answers.”

“Well-meaning white men look at [investing in POC] as some sort of charity or a helping hand. It’s not a terrible thing… but what I really wanted to put a fine point on for both founders looking for capital and investors missing out was this: no, this is not charity. This is not helping unfortunate, down-on-their-luck founders. This is a missed opportunity. This is foolishness.”

On privilege vs. entitlement

“There’s a difference… Privilege is something you’re born with or something that is handed to you. Entitlement is what you choose to do and to say and how you choose to act. Privilege: I’m not mad at you for having it. Everybody has privilege. I’m mad at people who are entitled and people who don’t recognize their own privilege and share it.”

On being an activist

“My militance is success. This is how I’m being political: myth busting. I’ll be very unapologetic when I’m rich, when I’ll practice what I preach and pay that forward and help catalyze and enable the underrepresented to have success. To me, that’s one of the strongest political statements you can make.”

On having black friends

“It came to me one day as I was looking across at a group of white men in their 20s and 30s, like, wow, they may not know they are missing out on good times. White people who don’t get to meet black people don’t know how much fun they’re missing out on.”

On why Silicon Valley is slow to embrace diversity

“It’s them thinking it’s a zero-sum game, that if I win they fail somehow. No way. If I win, I guarantee the [limited partners] are going to win — they’re going to get richer from my work. It’s okay if other people succeed, it doesn’t take away from your success.”

“Less than three years ago, I was rationing grapes. But even when I was on food stamps, I would make sure there was one day in that month where I would get sushi and it was, like, fancy day… There is no ‘I’ll take care of me when I get there,’ ’cause there is no there. You’re always there, you’re always in it. So you have to take care of yourself along the way the whole time. If I didn’t take care of myself then I wouldn’t be sitting here now. It’s so important and it does translate into productivity. Mental health is the biggest hack that leads to profit… It’s okay to give yourself permission to be human. It’s about respecting and treasuring yourself enough to know that you deserve to take care of yourself and, in turn, you can take care of other people.”

On The Mighty Ducks

“Go watch The Mighty Ducks, the film, the original one. You’ll notice it’s a pretty boring team until the girl shows up, the black dude shows up and the hooligan white dude shows up. Take that as you will, but when they added those people to the spice, it got really interesting.”

Further reading from the “Rise and shine: Becoming a thought(ful) leader” special: 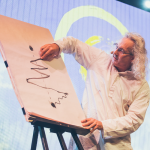 Creativity lessons from a D... 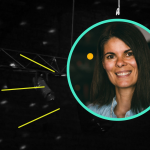