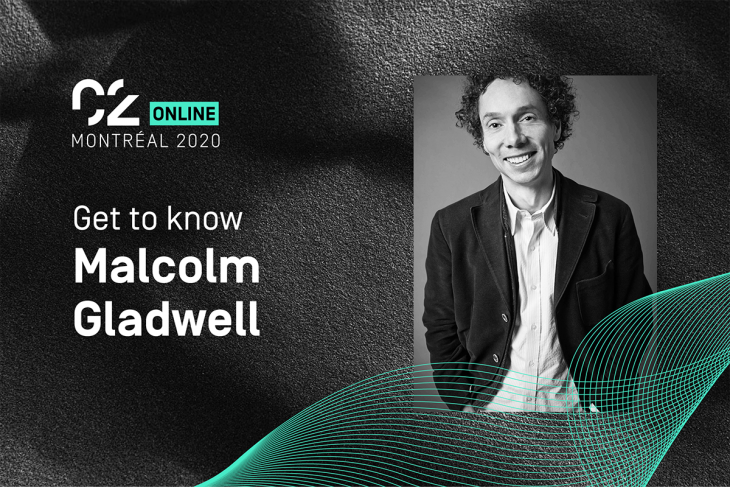 He’s been called the occupying force of big ideas, a chronicler of jobs-you-never-knew-existed, the Guru of the Underdogs, the king of nonfiction, an eclectic essayist, a “phenomenon… somewhere between social scientist, motivational speaker and preacher-like source of consolation…” But best-selling author Malcolm Gladwell doesn’t seem to care what critics say, as long as you’re listening.

On the heels of the release of Talking to Strangers, his first book in six years (a case study in how badly humans judge and interpret one another), Malcolm will present a masterclass entitled “A crash course in curiosity” at C2 Online — Montréal 2020 (October 19-30). In it he will explore a significant through-line in his creative and entrepreneurial process: the art of the interview.

Named one of TIME’s 100 most influential people, Malcolm is arguably one of the most famous Black Canadian voices in America (as an English-Canadian New Yorker from Elmira, Ontario with Caribbean roots).

Blessed with articulate charm and a seemingly limitless word count, the rockstar writer has conveyed science-backed storytelling to the masses for decades now, covering hundreds of business topics in his journalism — from “The Ketchup Conundrum” to “The Talent Myth” to the psychology of overconfidence.

His particular style of intellectual nonfiction, which he himself described as “gateway drugs” to harder readings in academia, has even earned him a term in the cultural lexicon: Gladwellian. And he’s responsible for thrusting concepts like the “10,000-Hour Rule,” “stickiness” and “mavens” into common parlance.

His breakthrough pieces of smarty-pants pop-neurology have turned the writer into a bona fide brand.

Gladwell at a glance

The Tipping Point → How ideas spread

Outliers → The story of success

The power of asking

Reviewers have suggested that Malcolm “has mastered the art of telling eye-opening stories about the slightly dumb, obvious questions in life” or that he “raises questions that are reassuringly clear even before they are answered.”

But one could still argue that — especially in business — asking the right questions is key!

Gaining insight into how one of the world’s “Top Global Thinkers” goes about their process should prove invaluable to creative leaders, considering Malcolm believes good business “really comes down to understanding the people that you are working with, both clients and colleagues.”

The mistake many leaders make is that they “are assuming that people have the same identity map as [they] do, that they care about the same things,” he told C2.

“If you don’t know how to ask the right questions, you’ll never understand people. This is a key part of empathetic leadership.”

Indeed, C2 Online participants will have the pleasure of catching Malcolm during his transition from publishing and promoting bestselling books to releasing podcasts while running an audio shop, “suddenly wearing the hat of a manager.”

Famously, since his book Blink: The Power of Thinking Without Thinking (2005), Gladwell-the-Manager has stopped doing face-to-face job interviews during the hiring process, pointing to the fact that orchestras were all-male until the introduction of blind auditions.

“We need to completely restructure the way we make hiring decisions,” he argued recently in Montreal, noting the U.K. monarchy is a lottery system that’s produced two highly successful female heads of state.

With a truly Gladwellian finish, he asked: Are random choices better than considered ones?

“Why do we continue to believe how great the system of election is when we keep voting in the same middle-aged white guy?”

The pivot to podcast

Co-founding Pushkin Industries in 2018, Malcolm now leads 21 employees, sitting at the helm of the audio content company that’s responsible for his hit podcasts Revisionist History (which “reconsiders things both overlooked and misunderstood”) and Broken Record (where he and his team interview musicians across genres).

Malcolm seems to enjoy his latest gig a lot, emotionally diving deep into the audio game. Revisionist History “unleashes my id,” he told Business Insider. “The immediacy of a podcast is different from a book… with more freedom in the medium to use emotion, to be outraged.”

“You feel with your ears and think with your eyes,” he added on the VOX podcast Recode.

And people are listening: a reported three million listeners tune in at the drop of each episode. “It would be a crime not to use [my] platform,” Malcolm says. “My job, the way I see it, is to start the conversation.”

Learn how to sharpen your inquisitive approach at Malcolm Gladwell’s masterclass, “A crash course in curiosity,” presented by RBC, part of C2 Online — Montréal 2020, October 19-30. 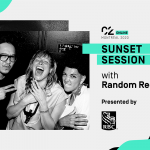 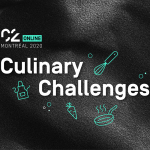