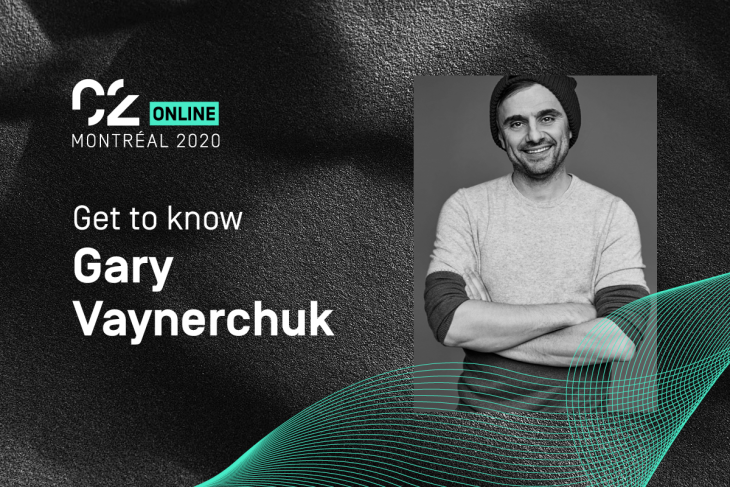 Given how many hats GaryVee wears, you’d be forgiven for thinking he has more than one head, but he’s no hydra — he’s just a guy with an indefatigable spirit and best-in-class drive.

Much like C2 itself, Gary exists at the intersection of commerce and creativity, and, in light of his remarkable achievements as a serial entrepreneur, venture capitalist, best-selling author, in-demand speaker and globally renowned vlogger and podcaster, we are especially pleased to have him as part of the exciting speaker lineup at C2 Online — Montréal 2020 (October 19-30).

A biz whiz is born

The New York Times has said that “no one is willing to bet bigger on himself than GaryVee.” Entrepreneur, for their part, plays fast and loose with fractions, calling him “half man, half brand, half digital experiment.” Back when he started out, though, the average person wasn’t brand-obsessed and no one said things like “digital experiment” unless they were talking about the old severed thumb trick.

Born in Belarus, Gary and his family immigrated to America when he was only three years old. As a child, he was one of many family members living in a studio apartment in Queens, New York, but when the Vaynerchuks moved to New Jersey, a teenage Gary started to become who he was becoming.

Like the young Mark Cuban, Gary made money selling baseball cards (and, if you can believe it, lemonade). He worked tirelessly throughout his 20s, and in the late-1990s he took his family’s wine business online and to the big-time (sales went from $3M to $60M).

Since way back in the early on, Gary has understood the power and influence of the internet, and, moreover, what to do with it. His early success in e-commerce kick-started a series of professional endeavours based around betting big and winning (he was an early investor in companies such as Twitter, Tumblr, Venmo and Uber) as well as his charismatic directness, boldness and bravado.

He wins, to an extent, because he’s nigh impossible to ignore, something he’s gone to great lengths to drive home with his omnipresence on social media and the impressive amount of content he puts out into the world both on those platforms and off them.

“Eighty-five per cent of the crowd is going to fall in love with me — they’re going to feel it, wow. But fifteen per cent are going to think, ‘This guy is obnoxious,’” he told The New Yorker in 2010. At that time, Gary had only just authored his first business book, Crush It!: Why NOW Is the Time to Cash In on Your Passion (2009), and co-founded VaynerMedia, a full-service digital agency.

Fast-forward a decade and Gary has backed up his assertions and fulfilled his promise — and then some.

As CEO, Gary has put VaynerMedia firmly on the map as an A-list agency catering to a Fortune 500 clientele, with AdWeek recently remarking on their ascent “from social media agency to Super Bowl powerhouse.”

VaynerMedia is now housed by communications parent company VaynerX, where Gary serves as Chairman. VaynerX also oversees several other ventures, including Tracer, Gallery Media Group and The Sasha Group, as well as VaynerCommerce, Vayner Productions and VaynerSpeakers. And he addresses his passion for sports as the co-founder, with his brother AJ, of VaynerSports, a full-service athlete representation agency with more than 40 clients.

And that’s not even close to everything Gary finds time for: he makes regular content via DailyVee, his daily vlog series, and the online #AskGaryVee show, on which he interviews people and dishes out advice on subjects like leadership, entrepreneurship and life. He also hosts a global top 10 business podcast, The Gary Vaynerchuk Audio Experience. And he cranks out bestsellers at a rate that would impress James Patterson: Gary’s a five-time New York Times best-selling author. His fifth and most recent book is Crushing It! How Great Entrepreneurs Build Their Business and Influence — and How You Can, Too.

At C2 Online — Montréal 2020, Gary will discuss, among other things, how to be an outsider and still be successful, finding the right mindset for spotting opportunities, his approach to disrupted industries, and how to look at things differently to shift the paradigm.

Don’t miss out on your opportunity to hear words of business wisdom from GaryVee at his talk, presented by Lenovo, part of C2 Online — Montréal 2020 (October 19-30). 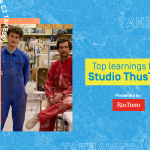 Shifting perceptions on was... 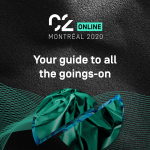