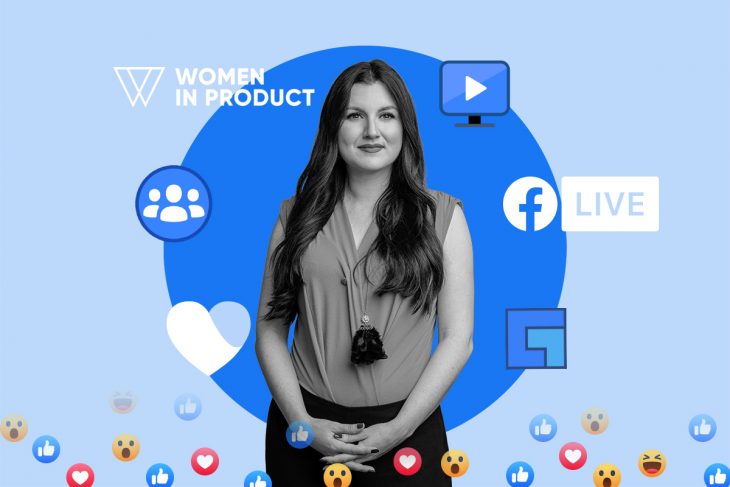 “As a leader, my job is to be clear about the end goals and intentions so that my teams can focus on finding a path.” And in Fidji Simo’s case, those pathways often lead directly into the day-to-day lives of many of the world’s social media users.

The Head of the Facebook App, and C2 2020 speaker, Fidji Simo has seen Facebook through multiple transitions — the shift to mobile and the shift to video, to name just two — since she joined the social media giant in 2011. Today, she leads development and strategy for the entire Facebook App, from the News Feed to Ads to Facebook Dating, building products and services that not only help people connect with their friends, family and community but support the unique ways people already use the app.

And to do that, Fidji has a novel idea: stop wasting people’s time. She doesn’t hesitate to reveal a major part of her team’s strategy: ensure that the time people spend on Facebook is genuinely valuable to them. “We want to build what people tell us they actually want,” says Fidji.

Before taking the Facebook App reigns in March 2019, Fidji managed a team of over 700 product managers and engineers as Vice President of Facebook’s Video, Games and Monetization. She turned video advertising into a significant portion of Facebook’s revenue and launched and grew Facebook Live to 3.5 billion broadcasts. “When we saw Facebook Live taking off, we reassigned 100 engineers to work on it overnight.” Yet when her team launched Facebook Watch, it didn’t garner the same overnight success.

“We have the flexibility to shift priorities, so I listened to feedback from consumers, took guidance from my team and made strategic changes,” Fidji explains. “This included changing the rules.” Instead of limiting Watch to videos from a small number of publishers, she made videos from all pages show up so people had access to an exponential amount of content.

The App team’s biggest shift, however, only took place in the past two years: an investment in protecting people’s privacy.

“We’re a completely different company than we were a few years ago,” Fidji says, pointing out changes such as dramatically decreasing the amount of information other apps can access, updating privacy settings, building better tools for information access and offering Facebook users around the world the same controls required by the EU’s General Data Protection Regulation.

“One of the best ways to build products is to see what people are already doing on Facebook, and making that easier for them,” says Fidji. Constantly hearing stories about people finding “the one” on Facebook, where over 200 million people are listed as single, Fidji and her team saw a matchmaking opportunity: Facebook Dating, an opt-in, dedicated space within the app where people could meet based on their preferences and interests.

“Safety and privacy are at the forefront of every decision we make,” says Fidji, and Facebook Dating isn’t any different. In fact, it tackles those issues directly. As with the development of Facebook Watch, when her team built Dating, they talked to thousands of people to guide their product development, “from online daters to academics to privacy and safety experts.”

What they heard from women in Columbia and Thailand, for example, was that safety on a first date was number one, so the team built a feature that allows people to share their live location and details of their date with friends and family. When building new products, “we take all of the feedback we get into consideration.

“Every month, I look at how we’re spending our time and resources and I make sure that it is indeed aligned with our intentions and strategy,” Fidji explains. “I also constantly assess whether new information should impact our plans, so that I can make directional changes and not miss a turn.”

The existential power of creativity

Infusing the tech industry with diversity and creativity is also one of Fidji’s missions. Six years ago, she teamed up with Deborah Liu, VP of Marketplace and Commerce for Facebook, to co-found Women in Product (WIP), a nonprofit organization focused on connecting women builders and growing a community of creative product leaders.

“Since being a product manager is fundamentally about solving the problems you see in the world, we decided to fix this problem by creating WIP and the WIP annual conference to make this community come to life every year,” she says. In the span of only four years, they’ve grown the WIP community to 17,000 members, and hold an annual conference drawing 2,000 women.

For Fidji, creativity goes beyond the sphere of work.

“Creativity is a key part of my life,” she says, mentioning that she recently joined the boards of Cirque du Soleil and Benjamin Millepied’s L.A. Dance Project. “I couldn’t resist being a part of the journey of these two organizations.”

In her spare time, she looks at creativity through yet another lens by painting and sculpting.

“I see the process of creation to be very similar inside and outside of work, as it consists of imagining something that does not yet exist and willing it into existence,” she says. “I believe every person is an artist and that art can bring people together by bringing wonder into their lives.”

Take advantage of the opportunity to hear more from Fidji and other top-tier leaders at C2 Montréal, May 27-29, 2020. 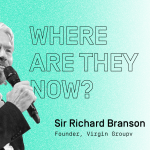 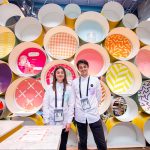 7 reasons to volunteer with...