Get your dancing shoes: Here’s the lineup for the next #C2Takeover with MTL 24/24 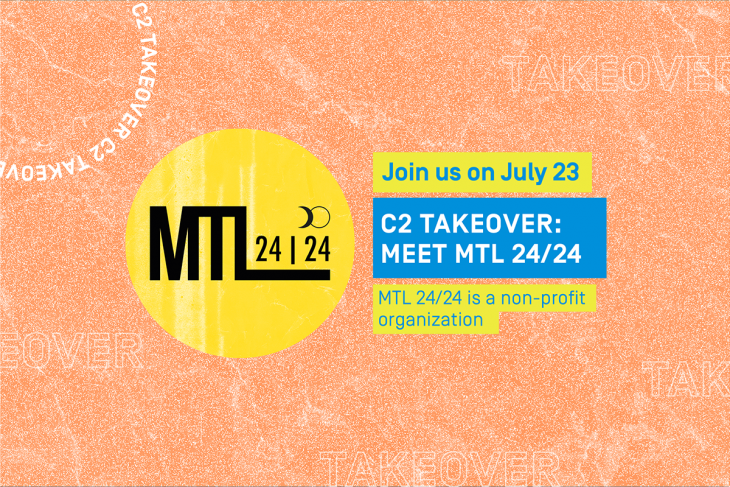 MTL 24/24 is bringing the party to C2’s Instagram on July 23, for a full day of programming about nightlife issues. Especially in these pandemic times, there are so many business and cultural questions around the future of nightlife, bars and music venues. Starting at 10 AM, join us for a day filled with interviews, music and movies about Montréal’s storied nightlife…

Mathieu Grondin (@grondinidisco) is a night activist who has been interested in nightlife issues for over 10 years. Executive Director and co-founder of MTL 24/24, he shares his observations on Montreal’s scene and explains why the organization founded a “Night Council” last month, which is a governance body that could prove essential for a post-COVID revival.
*This interview will be conducted in French.

Will Straw (@wstraw) is a Professor of Urban Media Studies in the Department of Communications at McGill University. A pioneer of “night studies,” Dr. Straw is interested in the social and institutional dimensions of popular music and the development of “the music scene.” With a strong interest in history, he traces the evolution of Montréal’s nightlife music scene from Prohibition cabarets to the disco clubs of the 1970s.
*This interview will be conducted in French.

Andreina Seijas (@andreinaseijas) is a researcher and consultant specialising in night governance. She is interested in how cities can become safer, more inclusive and more productive by creating quality leisure spaces after dark. In this interview, she will discuss different governance models around the world and how they can contribute to the revival of nightlife.

Lutz Leichsenring (@revolutz) is an entrepreneur, consultant and activist for the night economy. Spokesman of the Club Commission Berlin (@clubcommission) since 2009, which is an umbrella organization of Berlin’s nightlife professionals, Lutz is also the founder of VibeLab and Creative Footprint with Mirik Milan, who is the former Night Mayor of Amsterdam. In this interview, he will discuss the Berlin night experience, the results that come with a lack of curfew and his most recent short film, Stadt Ohne Morgen, by director Charlot van Heeswijk. The film will be shown in its original German version with English subtitles.

A veteran of the underground music scene and member of the MTL 24/24 Night Council, Christian Pronovost‘s reputation is well established. For over 30 years, Christian (@lost_heroes) has been known for his cutting-edge programming, perfect mixes and ability to reinvent himself and remain relevant despite the passing of trends and time. No other local Montréal DJ can boast about sharing a stage with Grace Jones, Roger Sanchez, Josh Wink, King Britt, François K, Joe Claussell and Frankie Knuckles. We will join him in a secret location for a special mix showcasing local music productions of yesterday and today. Put on your dancing shoes and pour yourself a drink in the living room: it’s time to learn from the turntable master! 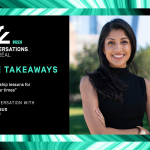 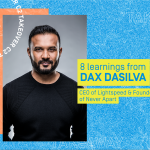