Indigenous entrepreneurship is heating up, but systemic hurdles remain 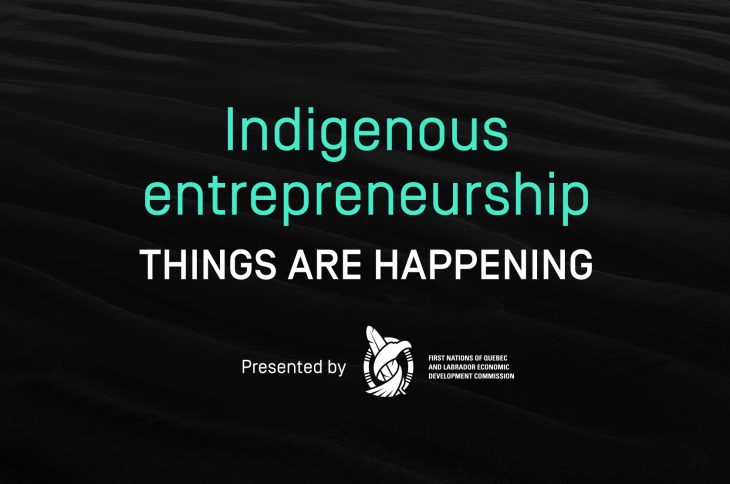 “Things are going very well!” enthuses Ken Rock on the other end of the line.

The Director General at the Société de Développement économique d’Uashat Mak Mani-Utenam (SDEUM) for five years now, Rock has observed an economic boom over the last two in the Innu community near Sept-Îles, Quebec.

“There are currently some 60 companies in operation here,” he says, “and they’re meeting a lot of client needs, from services to construction and convenience stores. I’ve also seen the workload of our local SDEUM economic development officer balloon. He is the main point of contact for all the new promoters — people who want to start businesses — and he is swamped.”

In Quebec, the Indigenous economy is growing like never before, propelled by the convergence of a new, creative, ambitious generation and an increasing openness among Indigenous companies and business communities.

The Indian Act of 1876 gives the Crown the power to administer “Indian Status,” Indigenous governments and the management of reserve land and community funds. Cumbersome and archaic, the act contains several elements that keep self-determination out of reach for First Nations.

For Indigenous entrepreneurs, Article 89 of the Indian Act is a major obstacle to economic development. According to said article, Indigenous people cannot take out mortgages on their homes because Indigenous people actually have no property rights on-reserve, which makes financing a new business all the more difficult. Add to that the fact that Indigenous communities do not have a deep pool of inherited wealth to draw from.

“Usually, people who want to start a business use what’s called ‘love money’ — a loan or gift from parent to child to help the latter get started. But that’s uncommon in our communities,” explains Mickel Robertson, Director General at the First Nations of Quebec and Labrador Economic Development Commission (FNQLEDC).

There are some solutions available to overcome this hurdle, but not all are viable.

“What people have advised me to do,” Rock explains, “is to create an investment fund that would offset the negative effects of the act. But experts say that when a promoter puts their own money into a project, they will make much more of an effort to make it a success. So, if we provide the seed money through an investment fund, it could actually result in making a new company less likely to succeed.”

A scarcity of support resources

“Someone who has lived a good portion of their life on-reserve will not find themself reflected in the services currently offered outside their community,” says Robertson. “And services provided by organizations like ours — designed for Indigenous people and culturally appropriate — well, they’re hard to find.

“And I’m not just talking about technical support. Indigenous entrepreneurs are entitled to all kinds of funding that is specific to them, but they’re also eligible for the subsidies that are available to entrepreneurs from all backgrounds. It’s a really tricky system to navigate.”

Skills training: a chicken or the egg question

Another significant hurdle to Indigenous entrepreneurial development is a lack of entrepreneurship training. Beyond vision and willingness, you need certain tools to bring your project to fruition and manage it properly.

“It’s an issue,” affirms Robertson. “The skilled workforce is not big enough. It’s the chicken or the egg kind of dilemma. People get skills training when there are economic opportunities available. If there aren’t any, people are less likely to seek it out.”

Organizations that support Indigenous entrepreneurs are working very hard to come up with skills training resources that are designed for First Nations youth. An initiative between the HEC Montréal business school and representatives from Quebec First Nations is currently in development. And Ken Rock is involved.

“We’re trying to establish a school of executive education for the Indigenous peoples of Quebec, a place where Indigenous entrepreneurs who want to start a business can acquire more skills, management knowledge, and so on,” Rock says. “Providing a space for people who want to start a business, where they can learn the skills they’ll need to run it properly, it’s a worthwhile challenge.”

In addition to collaborative initiatives, non-Indigenous and Indigenous businesses are finding partnerships to be highly and mutually beneficial. In an effort to promote business partnerships and accelerate regional prosperity, Sept-Îles’ chamber of commerce recently changed its name to Chambre de Commerce de Sept-Îles-Uashat mak Mani-utenam, sending a clear message of unity and collaboration.

“Innu promoters benefit from the transfer of knowledge,” Rock explains. “They learn a lot from these partnerships where they can deepen their expertise.”

It appears that there’s a new willingness for cooperation across chambers of commerce, most notably with Fédération des chambres de commerce du Québec.

“There’s a desire to infuse local chambers of commerce with a First Nations presence,” reports Robertson. “Rapprochements are underway, and an event is being held November 25-26 [2021] on that very theme: bringing Indigenous and non-Indigenous business communities together, because they’re still too siloed. We believe that both groups will derive a lot of benefit from it.”

When asked about the first things you should consider when partnering with an Indigenous company, Robertson will tell you, “respect, listening, openness, and leave prejudice at the door. We need to stop thinking that we know everything and be open to learning from one another. It’s a human-to-human issue. We need to be generous to help First Nations grow their expertise.

“Indigenous people have been excluded from developing their lands for a very long time, especially when it comes to natural resources,” he says. “It’s important for them to move from being spectators to players, but for that to happen they’ll need the expertise of the people who develop and build. That, unfortunately, is something only learned by doing — not at school. That’s why it’s important to work with a respectful partner who wants to build an honest, win-win relationship.”

The observable optimism of today’s actors in the Indigenous economy comes from a new generation of entrepreneurs who have big ideas, lots of energy and a whole lot of determination.

“We’re seeing a lot of young people interested in entrepreneurship,” says Rock. “There are several successful role models in the community, too, which I think serves as a source of motivation for young entrepreneurs.”

Shetush Électrique, located in the Uashat mak Mani-utenam community, is a great example of success and longevity. Established two decades ago, the family-run company has developed deep electrical expertise in the residential, commercial, institutional and industrial sectors, and today it’s in high demand across all four.

“They are more highly skilled than the generations that came before them, but the programs that are available to them are not necessarily adapted to their goals,” says Robertson. “Most support for Indigenous entrepreneurship, including grants, is more geared towards acquiring machinery. Meanwhile, young people are looking to break into less traditional industries.

“Young folk innovate and are willing to explore and think outside the box. They need programs that are geared towards new technologies — microcredit, for one. Many of them want to start small and grow little by little.”

Although they’re thinking big, these young people want to honour their history and heritage.

“They are very proud of their culture, and it means a lot to them,” Robertson explains. “They believe that giving back to the community is important. They’re no longer ashamed of their origins — quite the opposite is true. They’re dynamic, inspiring and more skilled than ever. There’s great enthusiasm for entrepreneurship.

“I’m optimistic about the future of this generation. Indigenous entrepreneurship is a bit of a generational project, and the next generation is well suited to take over the reins.”

This year, several inspiring conversations related to the experiences of Indigenous people in Quebec will be featured at C2 Montréal (October 19-21). Among them, a talk titled “Reimagining Canada’s economy through an Indigenous business lens,” by Ghislain Picard, Chief of the Assembly of First Nations Quebec-Labrador, October 19 at 10 am — you won’t want to miss it! 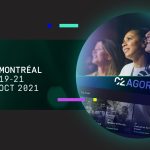 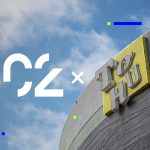