MTL represent: Your guide to the city’s leading-edge arts and culture scene

All it takes is a quick glance at the perpetually packed calendars of Montreal’s music venues, theatres and galleries to know that the city is fluent in the language of arts and culture. From indie-rock in locals’ favourite venues to fully immersive cinematic experiences to avant-garde art, no matter how long your stay is in Montreal, there are a multitude of entertaining and enlightening ways to tap into the creative soul of the city.

Much more than your typical major art museums, the Montreal Museum of Fine Arts and the Musée d’art contemporain de Montréal strive to upend the museum status quo, programming exhibitions that span classical and modernist painting, multimedia art and haute couture, along with hands-on workshops and tours.

Dynamic exhibitions at the Canadian Centre for Architecture shed light on Montreal’s creative architecture as well as influential architects from around the world. The history-focused McCord Museum regularly integrates contemporary art into its exhibitions to illuminate the connection between past and present.

A priority for contemporary art lovers who find themselves in Old Montreal, the Fondation Phi pour l’art contemporain is known for boundary-pushing shows by major artists, as is nearby Darling Foundry. And whether you’re in a mood to buy or browse, the city’s Southwest borough boasts Arsenal (C2’s former home), Division and Parisian Laundry. And the more free-ranging art enthusiast will be rewarded by Little Italy/Mile-Ex’s Never Apart (founded by C2M19 speaker Dax Dasilva), Galerie Yves Laroche and Eastern Bloc.

Public art and street art also abound in Montreal: check out the many murals produced by the MURAL Festival on and around the city’s storied St-Laurent Blvd. (a.k.a. “The Main”), including one of two famous portraits of Leonard Cohen (the other is on downtown’s Crescent Street). And be sure to stop by Fresh Paint Gallery, founded as part of the long-running Under Pressure urban culture festival.

Immerse yourself in film, VR and multimedia experiences

Lay back and experience the next level in immersive multimedia creations under the 360-degree Satosphere dome at the Society for Arts and Technology (SAT), or travel the universe courtesy of locally created films at the Rio Tinto Alcan Planetarium. And for a virtual reality experience that boasts true cinematic artistry, sit down in a comfy chair at the Phi Centre’s VR Cinema.

Visit historic Notre-Dame Basilica in Old Montreal to see Moment Factory’s immersive multimedia show AURA. At the other end of the spectrum, the city’s newest immersive venue, the pyramid-shaped PY1 in the Old Port, heightens the multimedia experience by letting audience members roam during the show. And by night, watch for outdoor multimedia projections on building facades in the Quartier des Spectacles.

Award-winning plays with masterful sets and costuming are the norm at the Centaur Theatre and the Segal Centre for the Performing Arts, which also partner with local and touring theatre companies on several risk-taking shows each year. For French-speakers, the modern classics performed by Quebec’s foremost artists at Théâtre du Nouveau Monde are a must.

And what would a guide to Montreal arts entertainment be without circus! See awe-inspiring shows that will change your definition of circus on La TOHU’s unique in-the-round stage, and don’t miss Cirque du Soleil’s remarkable Alegria under the big top in the Old Port this spring and summer.

A veritable A-Z of musical creativity

A major hub for touring bands, and the celebrated birthplace of countless groundbreaking artists, Montreal continues to surprise with its diversity of live music. Watch for massive pop stars and legendary rock bands playing the centrally located Bell Centre and the opulent Salle WIlfrid-Pelletier theatre at Place des Arts.

And if you’re a classical music aficionado, Montréal’s got you covered too: the acoustically stunning Maison symphonique, also in Place des Arts, is home to the acclaimed Orchestre symphonique de Montréal and the Orchestre Metropolitain.

From downtown’s Ste-Catherine Street, check the bright marquees of MTELUS, Club Soda and Le National for big names in pop, rock, metal and hip-hop alongside local acts of all stripes. And if punk is more your jam, settle in at the legendary Foufounes Électriques.

If you’ve got a free hour, night or weekend in Montréal, why not rub shoulders with locals as you fill that time with art, music and cultural discoveries? Who knows how you’ll be inspired. 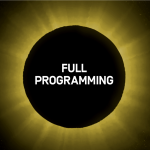 This year’s programme is no... 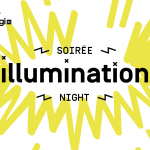