Play your way to success with IBM’s Dr. John Cohn 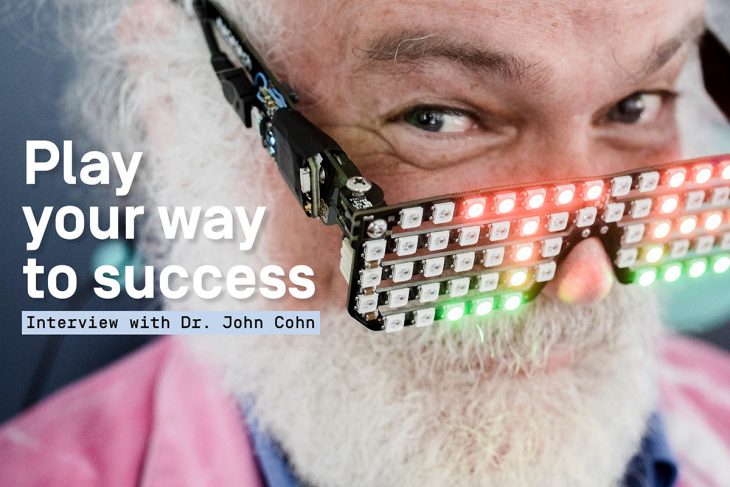 Tech rock star Dr. John Cohn is changing our relationship to STEAM by… blowing things up.

Called one of the greatest technical geniuses in Vermont, the Distinguished Agitator of the MIT-IBM Watson AI Lab is a real-life mad scientist who has toured the world touting the benefits of play, authored more than 30 technical papers, produced 120-plus worldwide patents and put in 38 years with IBM, working across 80 countries.

He’s famous for his contributions to microchip design used in everything from supercomputers to the Xbox 360, PlayStation 3 and the Wii — and for time he spent living in an abandoned steel mill for the Discovery Channel’s technical survival show, The Colony.

A Fellow with both IBM and the Institute of Electrical and Electronics Engineers, he was spurred on to his vocation by the space craze he witnessed as a youth in Houston, Texas. “Leaning into agitator mode,” he loves to shake people up with his passion for making things and excitement about new ideas. We caught up with John over the phone…

Q: We have to start with a “play” question. This approach is very C2, is a large part of your practice and a tool you use to inspire passion in young and old alike to embrace STEAM… so what is your play routine?

A: I’m a hands-on learner… I found that I could get my head around concepts by trying them and that’s how I’ve stayed technically sharp. I also found that, as I started to get more senior, the world piles stuff up on you, whether it’s demands of work or family, etcetera. I watched not just my peers but myself start to lose that passion, the nerdiness, and started to realize that I was veering towards bureaucracy and not loving my job. It was one of these slow-dawning things. I saw so many people losing the love of what they did as they got older because life chases that out of you. But the way to keep active, excited and current is to experiment with new tech… you have to literally play with the stuff.

So here’s how I do it: I have to fool myself and fool the system. I have to make time where there isn’t. Most people these days have our phones, our Slack, our emails, 150% of our time is full without any time left for play, so I made it a practice to misbehave. I’m lucky because I’m a terrible procrastinator — procrastination is one of my greatest strengths. I try to find ways to make time in my day to misbehave when I should be doing something else. It comes down to simple math: if 150% of your time is spoken for, there is no concept of spare time so I trick myself, my boss and my peers, that I am doing something productive. I do think it’s productive to take some time off to experiment, allow yourself to go in with that beginner’s mind, make mistakes and try stuff. Making time for this pays back because you get new insights, you get refreshed and the work that you are shirking will benefit, even though you are taking a couple of hours away. I try to make it at least 15% of my time.

Q: What are you playing with right now?

A: Currently, I am helping create an AI supercomputer for use by MIT students and researchers. I’m also working with a group of students on another visual AI game in the spirit of the Veremin app that my friend Va and I made last year. At home, I just built a new microprocessor-controlled flamethrower for some fire festivals I attend and I’m helping to retrofit a 30-foot keyboard I built called the EEL into a friend’s house [you can see other home projects here]. I just love making things. I have a shop which is completely filled with projects at various levels of completion. It’s my refuge. I have also come to really dig helping others and turn them on to that same feeling like, ‘I can do this, I can make this.’ I’m very involved in the maker movement and helped start a large maker community in Vermont. I spend a lot of time doing that and nothing else. It’s a great place not to be found by people.

Q: If life wrings play out of us, how can organizations and businesses help correct this?

A: Make time for unstructured play. Allow your employees to experiment, create, explore and even make a few mistakes without trying to over-measure the results. If you are in a position of authority in any role, you are being measured by your management chain. At the same time, you have to be careful not to squeeze too much from your people: there’s a lot of evidence out there that you start to impair their creativity if you do. No machine is designed to work at 100%.

If you are a boss, the lesson is that you have to apply the same message of selective misbehaviour to help your management and their management understand that you need some time reserved for play. My experience is that when you ask for this time, you’ll get all the reasons why you can’t, or some programmatic solutions like, ‘You have exactly 15% to dedicate to it.’ Unfortunately, if you went to all of your departments and said, ‘We are going to create a Director of Play and Play Lieutenants,’ it wouldn’t work. What you need to do is populate and culture and encourage people who have that as a natural inclination… You can’t get directly to this thing by grasping at it, saying, ‘I want to be 17% more playful and I am going to measure it on a dashboard.’ As much as we like to do that, what we have to do is relax our grasp. It’s a constant process…

I also think we have to learn to trust our employees and to celebrate when they do it. Or instead of focusing on play, allowing them some de-focus from everything that’s goal-oriented. It’s kind of a Daoist thing: sometimes you have to stop and clear your mind and see what comes to you. The more metric-driven you are, the less possible it is. Yes, we live in a culture that calculates the cost of things, but if you are going to measure the cost of the department’s time, you are going to miss the point. So take a longer view…

Many of the innovations that I have been most proud of have come from when I do something that I was not supposed to be doing. Many really big innovations, the gem of an idea, is done by people playing around on spare time. The biggest invention I have ever made was because of a mistake. I was goofing around and, because of it, got it about $250 million right. So if you are a boss, you have to selectively misbehave to your management and, most importantly, look the other way when the people under you are working on something else. Then, celebrate the results when someone comes out of the blue with something that they did as a skunkworks project. Tell the stories of employees that took an idea of their own and built it into something of value. Also, celebrate the important lessons learned by the ideas that did not work…

You can also enable this [with] things like mentoring programs. Getting someone senior to work with younger people pays dividends both ways. Younger minds reinfuse energy into more mature workers. The whole idea is creating an environment where exchange is celebrated.

Q: Speaking of young people, what’s your advice to kids today? And how should society be approaching their STEAM education in the Fourth Industrial Revolution?

A: Play more. Goof off more. Don’t buy into the message that you have to work harder than others to get ahead. That message is both wrong and addicting. I think we need to focus much more on letting kids find what interests them, build those skills that fuel their interests, and worry a whole lot less about bringing everyone to the same standard in all things. I’m not against setting standards per se, but focusing on them like we do now just creates boredom and homogenization. We need to have give and take instead of spoon feed. It’s so much more fluid, natural and organic.

Q: You once mentioned in an interview that you “had to become a businessman” over the course of your career. What did you learn about approaching challenges like this?

A: As my career progressed, I found the more that I worked with others, the more I could get done… and that eventually meant spending more time adjusting to other work styles, career needs, personalities, etcetera. It also meant more planning and budgets, which is stuff that I really don’t enjoy. But the net increase to the stuff you can accomplish is worth it. So I would say that I have learned to accept my inner businessman.

I also learned that inventing is a team sport! It took me a while to understand that. Most of my best ideas came from working with someone with complementary skills to my own. For example, I don’t really care about money but my business does, so I pair up with business folks to invent things that are business-relevant. I am not much of an artist, but I appreciate good design, so I frequently pair up with artists and designers to invent things with good aesthetics. Business innovation is invention. I also think people intrinsically like things that are fun and novel, so play belongs in business design, too.

Q: Finally, I’d like to ask about demystifying the idea of becoming an inventor…

A: I think everyone is an inventor at their heart. I like helping people turn on that switch inside them that allows them to realize that they, too, are an inventor. In terms of the difference between an engineer and an inventor, an engineer is just an inventor with a job.

This interview has been edited and condensed for length.

Attend the IBM Think Digital Event Experience May 5-6 for inspiring talks from experts to accelerate recovery and transformation. #Think2020

GET YOUR FREE PASS TODAY 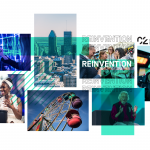 Reinvention: A new way to c... 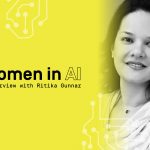