This is not a drill: What we can learn from Jane Fonda’s climate crisis crusade 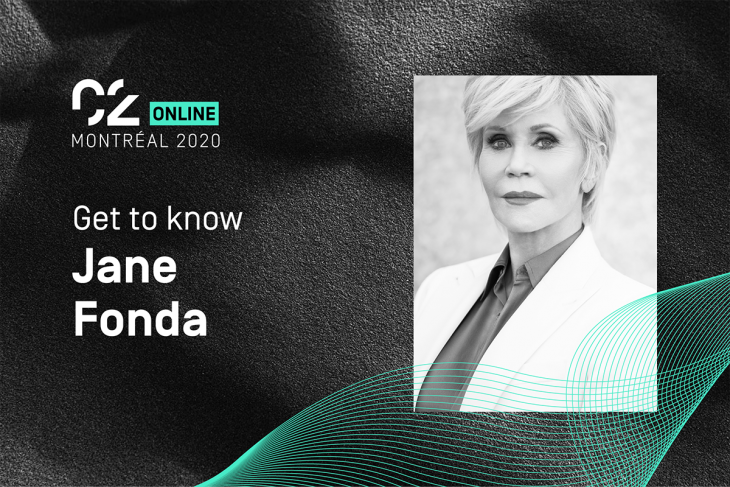 Jane Fonda has no time for your cynicism.

The Academy Award-winning actor, producer, activist, author and fitness guru is single-minded in her mission to get U.S. policymakers to adopt a Green New Deal and cut fossil fuel emissions in half by 2030.

Ms. Fonda, the founder of Fire Drill Fridays, a call for nonviolent civil disobedience and government action to address climate change, told C2 that it was “time to put every ounce of my being into this, in the hopes that my doing so will awaken others to the urgency of the crisis.”

“The future is at stake, I mean, this is the big one,” she added. “With every half degree of warming, a hundred million people will die. This is critical. This is the existential challenge that humankind is facing.”

But instead of succumbing to depression or what she’s called a “cop-out” of fatalistic thinking, activism gives Ms. Fonda inspiration and energy. She even moved to Washington D.C. for Fire Drill Fridays and wrote What Can I Do? My Path from Climate Despair to Action, a book that charts a course for readers to get the facts, shake off hopelessness and join the movement.

“It’s a very challenging time, so to have something that makes you feel like you matter, that you are making a difference, can really help lift depression,” she said. “It fills me with gratitude and joy, I have to tell you.

“And we can actually change this and turn it around. But we need people.”

Find your strength in numbers

Ms. Fonda told C2 that social scientists estimate there are 23 million Americans who believe that climate change is a man-made crisis, but no one has asked them to get involved.

“Those are the people we’re aiming for,” she said, “The Great Unasked.”

At the first Fire Drill Friday in 2019, reportedly less than two dozen people showed up to the U.S. Capitol; at the final demonstration before COVID-19 shelter-in-place orders took hold, 500 people attended. And for the one-year anniversary held October 9, 750,000 people joined via Zoom.

“I always encourage people to not do something individually, to do it together as part of a movement because that’s where strength comes from.”

“I’ve never done activist work by myself,” added Ms. Fonda. “I have always been in the arms of a movement. And that’s what it feels like: like being held in loving and compassionate arms.

“Even when the hatred was the most vicious against me in the ’70s, I had my colleagues, my fellow activists, and we just ploughed ahead.”

To fight to win, “people have to come together and get out of our silos,” she explained to radio and TV host Andy Cohen in September, after a clip of the star from 1979 went viral on Twitter. “The women, gay and lesbian, climate silos [can] join together in huge numbers to make this world right. I knew it then and I know it now.”

jane fonda was saying this in the 70s while some celebrities only manage to say “gay rights” today pic.twitter.com/qsGQlAeepK

Use the platform you’ve got

Indeed, Ms. Fonda has taken her sizable celebrity and used it as a tactical political advantage across protests and cultural issues for decades now, fighting for Indigenous rights, with the Black Panthers during the Civil Rights Movement, against the Vietnam and Iraq wars, for women’s and children’s issues, and with the LGBTQ+ community.

“The activism upon which I embarked in 1970 changed me forever in terms of how I saw the world and my place in it,” she wrote in her 2005 memoir, My Life So Far.

And in 2017, Ms. Fonda even started selling merch with her iconic mugshot on it to benefit the Georgia Campaign for Adolescent Power and Potential. “I sure got a lot of mileage out of that arrest,” she once joked to a Los Angeles Times reporter.

Even Jane Fonda’s Workout (1982), reportedly the highest-selling VHS tape of all time, raised funds for the Campaign for Economic Democracy — earning $17 million. As The Guardian noted, “The Workout books were Das Kapital smuggled inside a leotard (sort of).”

“I will always find a way to support myself and stay with my activism,” Ms. Fonda told C2. “You have to think, like, ‘What are my priorities?’ and my priorities were always activism. If my career was taken from me, so be it. But it turns out, it wasn’t… I’m almost 83 years old [and] in a hit series, so it didn’t kill me off. Mostly, I don’t give a fuzzy rat’s ass what they say about me.”

More and more, people are admired when they stand up and make their voices heard on the issues that are important to them, she recently noted to fellow celebrity activist Eva Longoria. “We get braver as we get older… What the hell do we have to lose?”

Besides, talking about issues is an important first step. “If you don’t talk about it you can’t care about it, and if you don’t care, you won’t act,” she explained last month to MSNBC.

And on her recent (virtual) book tour, Ms. Fonda often uses a metaphor to describe how fame and activism work: “Repeaters are the antennae that you see on top of mountains,” she said. “They don’t originate the signals, but the bottom-of-the-valley signals get picked up and then the repeaters take them from the valley and spread them to a much wider audience. That’s what celebrities are.”

In the 2018 HBO documentary Jane Fonda in Five Acts, the living legend lays her life nearly bare, publicly moving through maternal loss, bulimia, the “disease to please” three different husbands, a difficult relationship with her father, and an untold number of causes and controversies.

But Jane Fonda came out the other side transformed — happy, healing and committed to herself and to climate action.

“People are so capable of change, and I know that because I am one of them,” she said. “We can change people and people can change history. That’s what civil disobedience does.

“I find reasons for hope all around me.”

Be inspired to act! 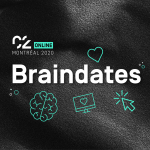 Meetings of the mind: Conne... 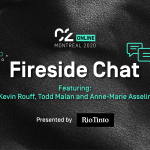 How Rio Tinto is embracing ...