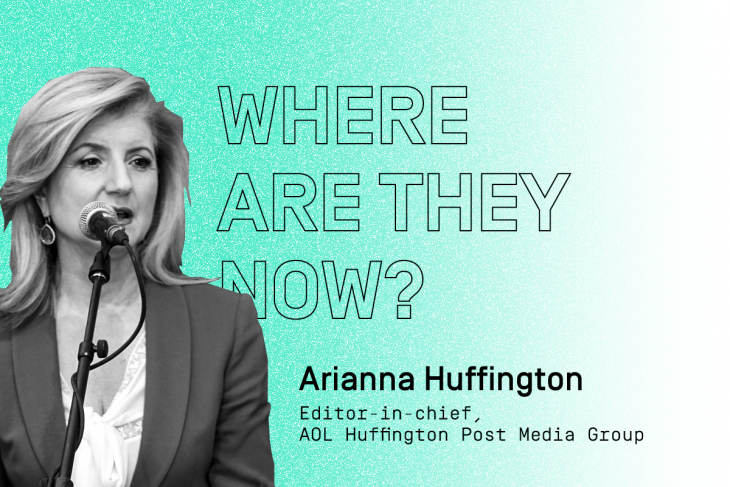 Each week, C2 brings you news about some of the big names that have graced our stage at previous editions. Featured speaker: journalist and author Arianna Huffington, C2 Montréal 2012.

Arianna Huffington launched news site The Huffington Post and steered it to become one of the most popular and highly acclaimed media brands online. She also founded health and well-being startup Thrive Global, where she currently serves as CEO. She’s penned more than a dozen books, covering subjects ranging from Picasso’s personal life to the science of sleep. In her spare time, she’s an actress, screenwriter and producer.

Arianna spoke at the very first C2 Montréal ever, in 2012, taking advantage of the opportunity to unveil and debut the demo version of her GPS for the Soul mobile app. She talked about how she came to work on the project after a major burnout, which led the recovering workaholic to an awakening as well as a deep dive into the world of well-being and productivity. She advised C2 participants about the importance of paying their proper dues to the Sandman: “We’re all more productive and creative after a good night’s sleep. And happier, too.”

During a commencement speech she gave at Smith College in 2013, Huffington declared that it was high time to rework our definition of success, which also happens to be the premise of her 2014 book, Thrive. The book details her journey leading up to the launch of her startup, Thrive Global, whose mission it is to turn the tide of work-related stress and burnout through wellness and cultivating a healthier relationship with technology.

In 2016, after 11 years at the HuffPost helm, Arianna moved on to dedicate herself to her newest project, The Sleep Revolution, which details how insufficient slumber can compromise our health in addition to undermining our personal and professional lives. In 2018, Huffington made the Forbes “Power Women” list and was the recipient of the prestigious University of Manitoba IDEA.

The beginning of 2019 marked the National Geographic premiere of Valley of the Boom, a docuseries on the 1990s tech boom that Arianna executive produced. Called to the podium at New York City’s ASCEND Summit this past April, Huffington raised the alarm yet again.

“Burnout is not the price to pay for success,” she declared. “As leaders, we have to change… burnout culture.” In October, Thrive Global acquired Boundless Mind, a neuroscience-based AI company. Arianna foresees more such acquisitions in a continued effort to put tech at the fore.

Moving forward, one thing’s for certain: Arianna will continue to inspire those of us trying to hit the highly elusive trifecta of well-being, balance and professional achievement.

Take care of your own well-being! 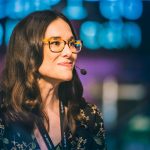 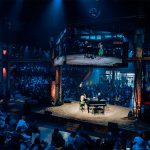 Why conferences are king: t...