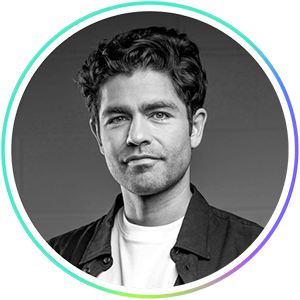 Adrian Grenier is an actor, filmmaker, social advocate and musician born in Albuquerque, New Mexico and raised in New York City. He is best known for playing iconic A-list movie star Vincent Chase in the HBO smash hit Entourage, the comedy drama about a young actor and his childhood friends from Queens navigating his fame in Hollywood. Adrian reprised his role along with the entire cast in the Warner Bros. film version of Entourage, directed by series creator Doug Ellin.

Adrian recently wrapped filming for the comedy movie Stage Mother, opposite Lucy Liu and anticipated to premiere in 2020. He is currently filming Netflix’s thriller series Clickbait, starring as Nick Brewer, a physical therapist who is kidnapped.

In addition to his work on Entourage, Adrian has appeared in many popular films including The Devil Wears Prada (2006), opposite Meryl Streep and Anne Hathaway, which grossed over $324 million worldwide, and Twentieth Century Fox’s Drive Me Crazy (1999). His other film credits include the Woody Allen films Celebrity (1998) and Anything Else (2003), Goodbye Cruel World (2013), Cecil B. Demented (2000), and The Adventures of Sebastian Cole (1998). He is currently filming the movie Cipher, and recently wrapped filming on both Stage Mother (with Lucy Liu) and Dope State (with Dan Harmon and Andy Dick).

Adrian made his directorial and producing debut with his documentary Shot in the Dark (2002), chronicling his years-long search for his father, which debuted on HBO in 2007. Adrian also directed, wrote and produced the critically acclaimed documentary Teenage Paparazzo (2010), a compelling piece of work examining the relationship between celebrity and society. Teenage Paparazzo first premiered at the Sundance Film Festival and was later shown on HBO. Adrian’s other directorial/producing credits include How to Make Money Selling Drugs (Tribeca Films, 2012) and Don’t Quit Your Daydream (2010), as well as a variety of shorts.

Adrian currently serves as a UN Environment Program Goodwill Ambassador. He founded the Lonely Whale Foundation to foster collaboration between dedicated organizations, scientists, policymakers, communities and documentarians to work toward the common goal of ocean preservation.

Adrian produced Finding 52: The Search for the Loneliest Whale, a documentary to raise awareness for ocean noise pollution. Adrian most recently deployed an incredibly successful campaign called #StopSucking to push major companies to cease offering plastic straws. Adrian was also named Dell Computer’s first-ever Social Good Advocate, working together for over three years to promote healthier, more sustainable choices for actions through digital storytelling and advocacy. Dell has subsequently introduced recycled ocean plastics into their supply chain. Up next: Adrian is launching Sea.Soil.Citizen as an overall umbrella for his environmental change efforts crossing oceans to land.

As founder of Reckless Productions, Adrian has served as director, writer and producer of multiple documentaries. Adrian is an avid and talented musician and the founder of Wreckroom Records, which is a music incubator for emerging artists. Adrian is also a passionate environmentalist, which led to his creation of the green lifestyle site shft.com, a content and asset development, distribution and ecommerce hub designed to convey a more sustainable approach to the way people live through film, design, art and food. Adrian is also behind Shft Mobile Kitchen Classroom, a nonprofit organization that seeks to provide high school students in New York City with opportunities to engage in experiential lessons around food, health and sustainability. 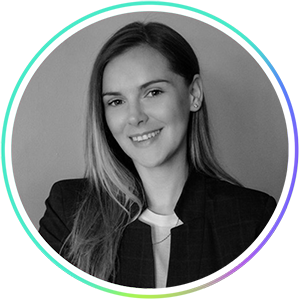 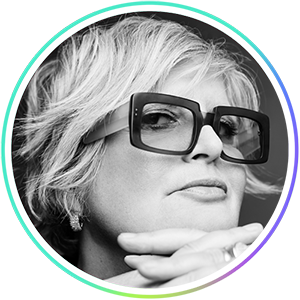