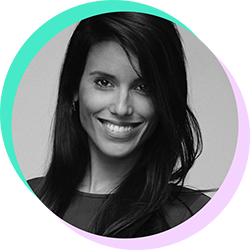 Adding another dimension to the term “vox populi” is Elizabeth Plank, whose original approach to journalism is often in the service of those whose voices aren’t normally heard. Gregarious and insightful, Elizabeth was recruited by Vox.com (40 million unique monthly viewers) as senior producer/correspondent to invigorate their 2016 U.S. election coverage and host a web show called 2016ish and has since created an award-winning woman-focussed digital platform at Vox Media where she hosts a podcast and video series called Divided States of Women. Named one of Forbes’ 30 Under 30 in media, she was a Senior Editor at news and media company Mic (and co-created Mic’s wildly popular Flip the Script video series). She has appeared on national and international television programs providing millennial perspective on politics, women’s issues and reproductive rights, including The Today Show, The Daily Show, MSNBC, Fox News, ABC News, Fusion, Al-Jazeera America and BBC World. The creator of viral campaigns such as #AllMenCan and #WithoutTheWageGapIWould, Elizabeth works with organizations that advocate and innovate in the public interest, and offers a unique perspective on the world’s most pressing problems while thriving at the intersection of new and traditional media.