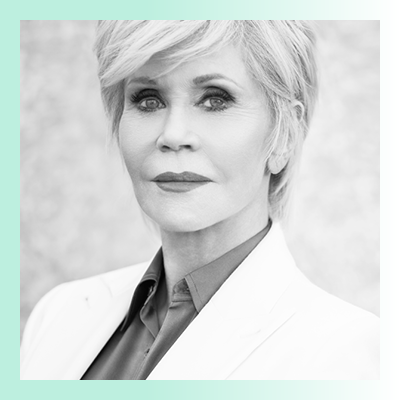 Actress and activist
Jane Fonda is a two-time Academy Award–winning actress (Best Actress in 1971 for Klute, and in 1978 for Coming Home), producer, activist, author and fitness guru. Her career has spanned more than 50 years, accumulating a body of film work that includes over 45 films in addition to crucial work on behalf of causes such as women’s rights, Native American rights and the environment. She is also a seven-time Golden Globe winner, honorary Palme d’Or honoree, 2014 AFI Life Achievement Award winner, and the 2019 recipient of the Stanley Kubrick Excellence in Film Award as part of BAFTA’s Britannia Awards. Jane will next be seen in the seventh and final season of Grace & Frankie, which will be Netflix’s longest-running original series to date. It is for her work on the series that she received an Emmy nomination for Outstanding Lead Actress in a Comedy Series in 2017. She was last seen on the big screen in the comedy Book Club, starring alongside Diane Keaton, Mary Steenburgen and Candice Bergen. She also premiered Jane Fonda in Five Acts — a documentary for HBO chronicling her life and activism — at the 2018 Sundance Film Festival. The film received an Emmy nomination for Outstanding Documentary or Nonfiction Special in 2019. Jane celebrated her 80th birthday by raising $1 million for each of her nonprofits: the Georgia Campaign for Adolescent Power & Potential and the Women’s Media Center. Currently, Jane is leading the charge on Fire Drill Fridays, a national movement to protest government inaction on climate change. Her recently released book What Can I Do? My Path from Climate Despair to Action (Penguin Press, September 2020) details her personal journey with the movement and offers communities solutions for combatting the climate crisis. Keep up with Jane on her blog and her Instagram account. 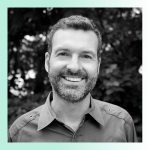 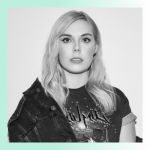