Pierre Laramée is a freelance designer, writer and strategist currently consulting for Lafond, a company focused on the retention of aging workers in the workforce and the implementation of intergenerational cohabitation practices in business. Pierre is also a co-founder of the Tam-Tam advertising agency, serving as both a creative and executive for 16 years (including seven years as president), and has designed numerous campaigns for some of Quebec’s most well-known companies. Pierre also co-founded Commissionaires, a gallery offering limited editions of creations by established and emerging international designers. It has organized more than 30 exhibitions over five years including one in Milan as part of the Salone del Mobile. 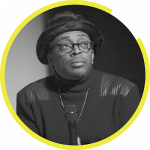